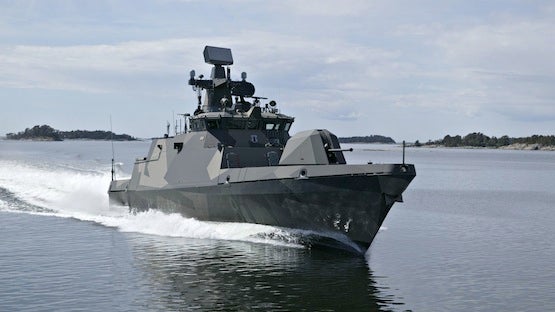 Cassidian has been awarded a contract by STX Rauma Shipyard to deliver and integrate its TRS-3D naval radar on board the Finnish Border Guard’s new offshore patrol vessel (OPV).

"Our TRS-3D radar has operationally proven that it is the right answer to these challenging requirements."

The radar has been designed to provide a reliable and broad overview of the situation, especially under harsh environmental conditions found in Finnish littoral waters, as well as delivery of safe helicopter guidance and search and rescue (SAR) missions.

TRS-3D is a three-dimensional multi-mode air and sea surveillance radar, capable of identifying vessels and aircraft automatically by making use of Cassidian’s MSSR 2000 I identification system to correlate plots and tracks of targets.

“To provide reliable surveillance data during the demanding Coast Guard missions in the difficult littoral environment of the Finnish coastal waters, you need extremely powerful sensors.”

Under the contract, delivery and integration of the radar into the new ship is scheduled to take place by mid-2013.

The new 96m-long and 17m-wide OPV will be capable of performing various operations, such as open sea patrol, prevention of environmental damage, search and rescue, and a variety of underwater assignments.

The new OPV is being built by STX Finland, as part of an agreement signed with the Finnish Border Guard on 21 December 2011.