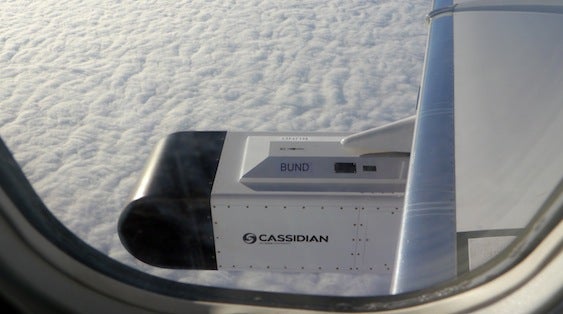 During the flight test series conducted from the Hohn air base in the Federal State of Schleswig-Holstein, Germany, the SmartRadar demonstrated its detection performance in various operating modes for maritime surveillance.

The sensor is designed to perform different surveillance missions with only minor modifications while allowing for scalability of bandwidth, frequency band and processing performance.

One variant of SmartRadar is integrated into an autonomous cooling system pod to enable immediate adaptation to multiple mission aircraft.

Fitted with ultra-high-resolution radar technology, the system offers more enhanced progress than conventional radars which are designed and optimised to conduct specific tasks in a narrow frequency band.

The radar has already completed successful field tests for the German Federal Office of Defense Technology and Procurement (BWB), and also provided accurate reconnaissance results during airborne testing, conducted by the company in June 2012.

Additionally, the radar provides higher reconnaissance performance in less time compared to existing surveillance radars and can be rapidly configured according to multiple customer requirements and platforms.