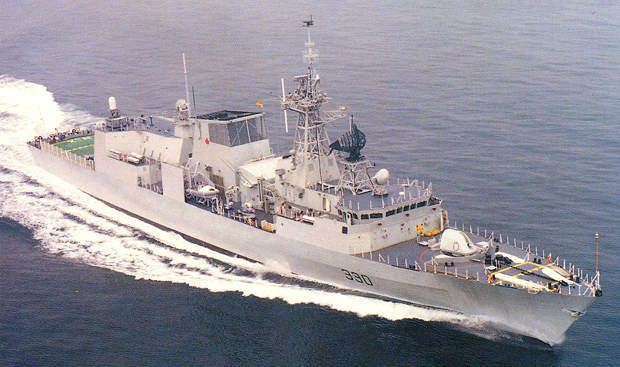 Bronswerk Marine has been awarded a contract to provide a replacement of the chilled-water systems for the Royal Canadian Navy’s Halifax-class vessels planned modernisation programme.

Under the $15m contract, Bronswerk Marine will provide 50 chilled-water plants and pumps, with four units assigned for each vessel and one training unit for sailors on each coast, in support of the Halifax-class modernisation / frigate life extension project.

The chilled-water systems have been designed to offer the cooling capacity required to operate an array of systems onboard the naval ships.

The National Defence Minister, Rob Nicholson, said the Halifax-class frigates have been designed to be deployed anywhere in the world.

"These new chilled-water systems will ensure that the frigates will continue serving as the backbone of the Royal Canadian Navy, as it defends Canada and North America, aids citizens in distress, assists in natural disaster-recovery and contributes to international peace and stability," Nicholson said.

Scheduled to be delivered between 2014 and 2018, the new chilled-water systems will replace the existing Halifax-class fleet’ R22 coolant systems that Canada’s federal halocarbon regulations plans to ban in 2020.

Capable of accommodating a crew of 225, the 4,750t ships are powered by a combined diesel or gas (CODOG) propulsion system with two GE LM2500 gas turbines and one SEMT-Pielstick 20PA6 V280 diesel engine.

Approximately 85% of the chilled-water systems’ content and technology will be manufactured in Canadia, as part of the contract.