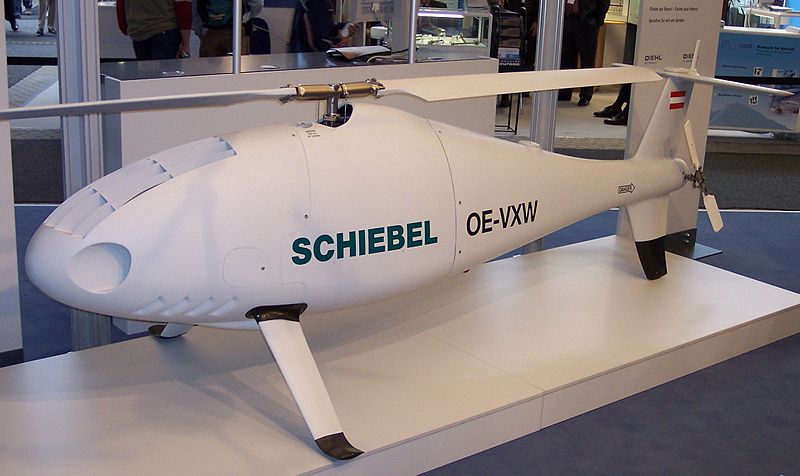 Equipped with a Wescam MX-10 camera payload, the S-100 carried out a number of observation missions from the Italian Navy base of La Spezia, transmitting high-definition images in real-time.

During the flight demonstration, the S-100 performed well in sea states three to four during the 4.5 hour flight, with winds reaching speeds of up to 25 knots.

Schiebel Group Chairman Hans Georg Schiebel said: "The feedback we have had has been extremely positive and we look forward to assisting the Italian Navy in whatever way we can in the future."

"The UAS features fly-by-wire technology, which enables it to complete its mission automatically with an endurance of up to ten hours while carrying a 34kg payload."

The UAS features fly-by-wire technology, which enables it to complete its mission automatically with an endurance of up to ten hours while carrying a 34kg payload at a service ceiling of 18,000ft.

The Camcopter’s basic power plant is a Wankel-type rotary piston engine that can run on 100 octane-grade aviation gasoline and is rated at 50HP.

The vertical takeoff and landing (VTOL) UAV is capable of operating in any atmospheric conditions both on land and at sea, has a beyond line-of-sight capability of 200km, and does not require supporting launch or recovery equipment.

The UAS is used to conduct costal patrol, environmental protection and intelligence-gathering activities, and also supports drug enforcement, anti-piracy and search and rescue operations, as well as providing surveillance and reconnaissance capability onboard the ship.

The S-100 has already successfully demonstrated its maritime capabilities on 14 different classes of vessel in a variety of challenging conditions.