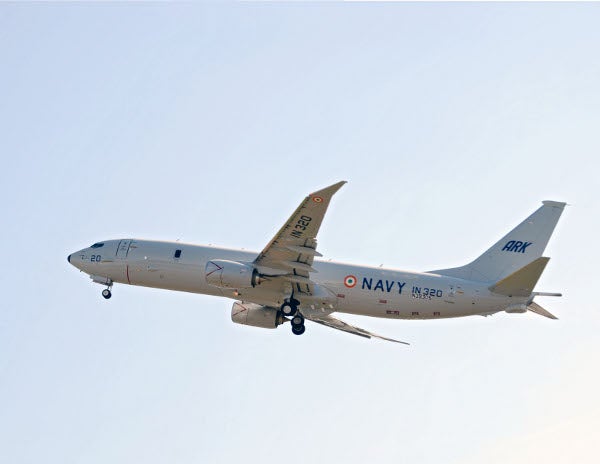 Boeing’s first P-8I Poseidon long-range maritime reconnaissance and anti-submarine warfare aircraft for the Indian Navy has successfully started its flight test programme off the company’s facility in Seattle, US.

Indian Navy assistant chief of naval staff (air) rear admiral DM Sudan said: "This is an important milestone for the programme and sets the stage for operational testing and weapons certification as we move closer to P-8I aircraft joining the Indian Navy."

During the trials, the aircraft validated its flying qualities and handling characteristics, while meeting all test objectives laid out for the navy.

The Indian Navy signed a $2.1bn contract with Boeing in January 2009 for the procurement of eight P-8I Poseidon aircraft to replace its ageing fleet of Tupolev Tu-142M maritime surveillance turboprop aircraft.

Boeing P-8I programme manager Leland Wight said that the P-8I would also demonstrate its mission systems, as well as its sensors and communication systems.

“This is an important milestone for the programme and sets the stage for operational testing and weapons certification as we move closer to P-8I aircraft joining the Indian Navy."

"The team then will transition to ‘stores’ tests, during which the P-8I will carry inert weapon shapes under its wings to demonstrate that the aircraft is capable of carrying all the weapons the Indian Navy will use during regular missions," Wight added.

Based on Boeing’s Next-Generation 737-800 aircraft, the P-8I is scheduled to undergo test flights over a US Navy test range, west of Neah Bay, Washington, and a joint US/Canadian test range in the Strait of Georgia.

The Indian Navy is scheduled to receive the first Poseidon aircraft in 2013, while the second P-8I aircraft has completed the assembly phase and is due to perform its first flight in the near future.

In addition to advanced sensor and display technologies, the aircraft features open system architecture and a worldwide base of suppliers, parts and support equipment.