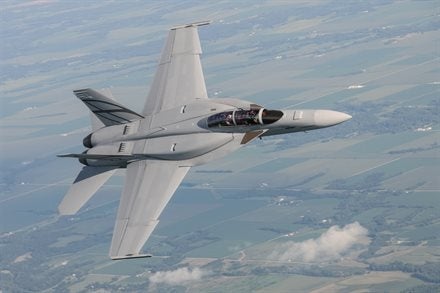 Boeing’s F/A-18 Advanced Super Hornet prototype aircraft has successfully completed its initial flight trials in St. Louis as well as at the Naval Air Station Patuxent River, Maryland, US, as part of a demonstration programme.

During the Boeing and Northrop Grumman funded three-week flight testing, the Advanced Super Hornet carried out 21 flights and demonstrated its stealth and range improvements.

In addition, the flight tests provided useful data on flying qualities, drag and signature levels for the F/A-18 industry team.

Boeing Global Strike vice-president and general manager, Debbie Rub, said Boeing and its industry partners are investing in next-generation capabilities to provide soldiers with what they need and when they need it, and so the customer can acquire it in a cost-effective manner.

"We continually insert new capabilities into today’s highly capable, already stealthy Super Hornet, and the Advanced Super Hornet is the next phase of this technology evolution." Rub said.

"We continually insert new capabilities into today’s highly capable, already stealthy Super Hornet, and the Advanced Super Hornet is the next phase of this technology evolution."

Through 2030 and beyond, the upgraded aircraft is expected to outperform enemy aircraft and defences even when the enemy tries to deny access to a specific area, such as skies over international waters near its assets.

Boeing F/A-18 test pilot, Mike Wallace, said: "Even though we added components to the aircraft, their stealthy, low-drag design will enhance the combat capability and survivability of the Super Hornet on an aircraft that has a combat-proven history launching and recovering from aircraft carriers."

GE Aviation and Raytheon are also investing in advanced technologies including internal infrared search and track, an enhanced engine and a next-generation cockpit in support of the Advanced Super Hornet programme.