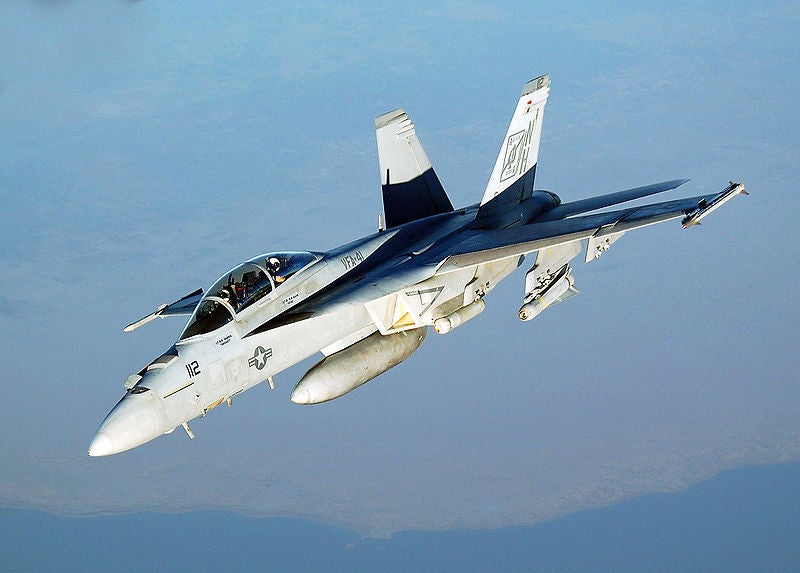 Conducted by the Air Test and Evaluation Squadron VX-31 crew, the test involved satellite-enabled two-way secure voice and data transmissions, with a ground-based team that was located at China Lake in California and the Naval Air Station in Patuxent River, Maryland, US.

Boeing F/A-18 and EA-18 Programs vice president Mike Gibbons said that the new capability has been demonstrated using existing EA-18G architecture in less than 90 days after the initial request.

"This approach significantly reduced [the] risk, cost and testing schedule, while demonstrating this important communications capability for the navy," Gibbons said.

"This approach significantly reduced the risk, cost and testing schedule, while demonstrating this important communications capability for the navy."

More than 480 F/A-18E/Fs have been delivered to the US Navy to date, while the aircraft has been used to support operations in Iraq and Afghanistan, logging more than 166,000 hours in combat flight.

Equipped with a suite of integrated and networked systems, the versatile combat-proven strike fighter provides enhanced interoperability for combatant commander and can cruise at a maximum speed of 1,190mph.

The EA-18G Growler features a SATCOM antenna and is a variant of the F/A-18F.