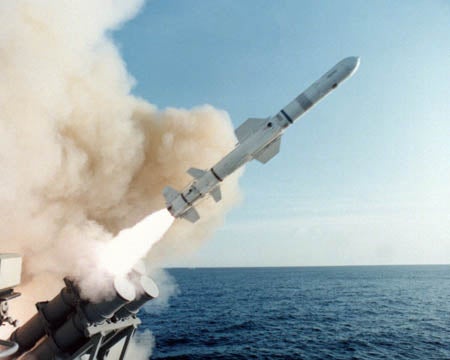 The US Naval Air Systems Command (NAVAIR) has awarded a firm-fixed-price contract to Boeing for the production and delivery of 90 Harpoon Block II missiles and associated hardware.

Under the $145.1m contract, Boeing will supply the missiles for the US and four foreign military customers; the contract also includes the delivery of exercise and test Standoff Land Attack Missile Expanded Response (SLAM ER) variants.

Boeing Missiles and Unmanned Airborne Systems vice president and general manager Debbie Rub said: "This contract allows us to further partner with the navy to enhance the capabilities of Harpoon and SLAM ER to quickly and affordably meet the evolving needs of warfighters around the globe."

"This contract allows us to further partner with the navy to enhance the capabilities of Harpoon and SLAM ER to quickly and affordably meet the evolving needs of warfighters around the globe."

Featuring autonomous, all-weather and over-the-horizon capability, the missile has been deployed onboard more than 600 ships, 180 submarines, 12 different types of aircraft, as well as on land-based launch vehicles.

More than 7,300 Harpoon and Harpoon Block II missiles have been delivered by Boeing since 1971 to the US Navy as well as to over 30 international military customers.

The first missile is due for delivery to the navy in August, while work on the contract is scheduled to end in December 2013.

Capable of launching from a range of more than 150nm, the in-flight reprogrammable SLAM ER has been designed and developed by Boeing to be a highly accurate man-in-the-loop cruise missile.

A derivative of Harpoon, the air-dropped surgical SLAM ER strike weapon is capable of striking high-value land targets or ships at sea or in port.

Image: Boeing-built Harpoon missile being launched from a vessel. Photo: courtesy of the Boeing Company.