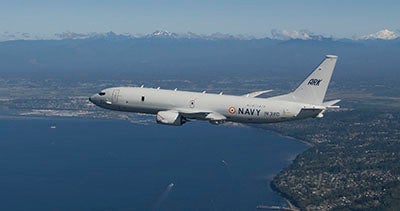 The APY-10 is a long-range surveillance radar that can provide accurate information for anti-submarine and anti-surface warfare, and for intelligence, surveillance and reconnaissance mission support under all weather in day and night conditions.

The adaptable and configurable APY-10 radar provides detection and tracking of airborne targets, allowing the crew to detect threats in the air as well as at sea in air-to-air mode.

India is the first international customer for the Boeing-developed P-8I, a variant of the US Navy's P-8A Poseidon.

The P-8I can perform a wide range of missions including anti-submarine warfare, search and rescue, long-range intelligence, surveillance, target acquisition, and reconnaissance over land and water.

The aircraft features open system architecture, advanced sensor and display technologies, and a worldwide base of suppliers, parts and support equipment.

Deliveries are scheduled to commence in 2012 and will be completed by 2015.