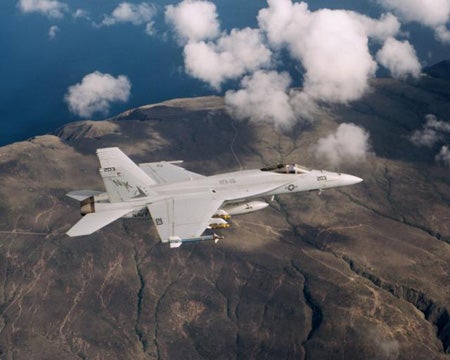 The US Navy has awarded a modification contract to Boeing to maintain the reconfigurable transportable consolidated automated support system (RTCASS) automated test.

This follows a previously awarded contract to Boeing to build approximately 140 RTCASS stations, while the 100th RTCASS station was delivered to the US Navy in March 2010.

The RTCASS, which is also developed by Boeing, is currently in service with the US Marine Corps (USMC) and Air Force Special Operations and has been designed to fix problems in aircraft subsystems such as flight controls, radar and electronic warfare systems.

"This follow-on contract continues our partnership with the navy to maintain a valuable diagnostic tool that helps increase aircraft availability and lower spares costs."

The RTCASS is a rugged, readily deployable version of consolidated automated support system (CASS) and can be used in conjunction with the test programme software for automatically testing and troubleshooting aircraft electronic systems and subsystems.

The US Navy’s standard automatic test equipment, CASS provides intermediate, depot and factory level support both onshore and afloat for all navy electronics from aircraft to ships and submarines.

More than 150 RTCASS stations have been developed by Boeing since 2003, which also provided contractor logistics support from 2009 when the system was first deployed.