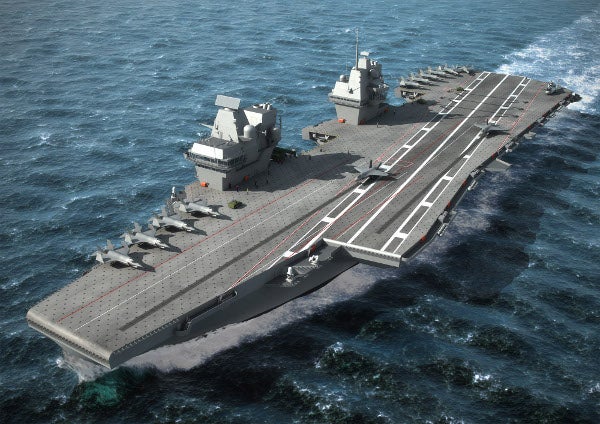 The initial validation work was conducted using desk-top simulation and peer review, and the design will ensure the aircraft carriers can transit safely into and out of their home base at HMNB Portsmouth, UK.

BMT Isis Principal Consultant Ian Dand said the company was particularly involved to help the Royal Navy better understand how the vessels are likely to handle at low speeds and ensure the navigational process can be conducted as effectively as possible.

"We defined the necessary parameters and tailored the simulator accordingly, so that the navigational characteristics of the aircraft carrier could be reproduced," Ian Dand added.

The 280m-long and 74m-wide HMS Queen Elizabeth and HMS Prince of Wales will have a full-load displacement capacity of 65,000t.The two aircraft carriers will have an operational range of 10,000 nautical miles and the capacity to carry 40 aircraft with a total runway area of 13,000m².

The two aircraft carriers, HMS Queen Elizabeth and HMS Prince Of Wales, are expected to enter service in 2016 and 2018 respectively.

A total of six UK shipyards are involved in the carrier project: Govan and Rosyth in Scotland, Portsmouth and Devonport in the south, and Newcastle and Liverpool in the north.