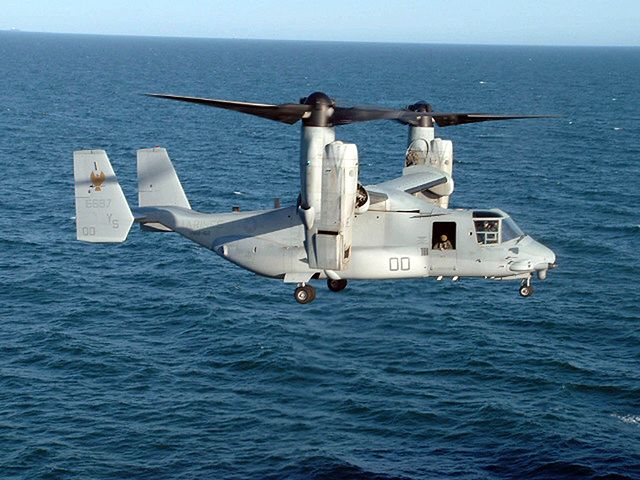 During the trials conducted over north Texas, US, the tiltrotor aircraft fitted with the aerial refuelling system, safely deployed, held stable and retracted the refuelling drogue as an F/A-18C and an F/A-18D Hornet flew alongside it.

"This will save time and money by maximising the efficient use of aircraft and personnel," Tobin said.

Designed to perform multiple missions with a long-range, high-speed cruise performance, the Bell-Boeing V-22 Osprey is powered by twin Rolls-Royce AE 1107C-Liberty engines and has maximum and cruise speeds of 565km/h and 510km/h respectively.

The tilt-rotor aircraft is being developed in configurations such as combat assault and support MV-22 for the USMC and the US Army, the long-range special operations CV-22 for US Special Operations Command (US SOCOM) and the US Navy HV-22 for combat search-and-rescue, special warfare and fleet logistic support.

The company is planning to conduct further tests for the aircraft in a fuel-receiving position directly behind the V-22 by connecting receiver aircraft with the refuelling drogue and then refuel a variety of aircraft in flight.