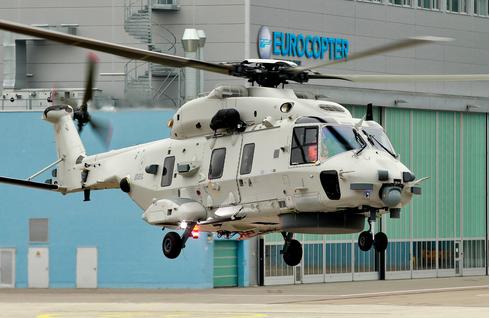 "The Belgium acceptance teams and flight crews have been impressed by the NH90 NFH’s flight stability and its capabilities, providing a preview of the operational enhancements that will be provided for the country’s army," Polychroniadis said.

"The NH90 helicopter programme has received firm orders for 529 units from 19 armed forces."

The Belgian aircraft is similar to the Dutch NH90 NFH step B version, which is currently operational with the Royal Netherlands Navy.

The Belgium Navy NH90 NFH flight and maintenance crews’ training is scheduled to commence next month followed by operations of the first two helicopters in 2014.

Image: a Belgium Navy’s NH90 naval helicopter landing at a base. Photo: copyright of Eurocopter.