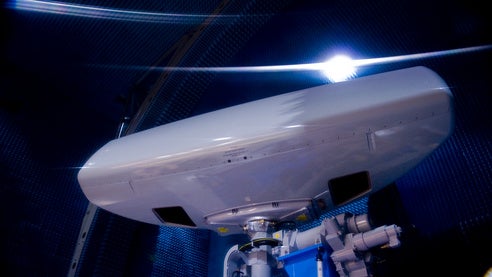 During the first of class sea trials on board a Royal Navy’s Type 23 frigate, the radar provided real world tracks and radar video to the QEC combat management system, while receiving simulated own-ship data in the QEC mission system test facility.

The trials aim to validate the new 3D radar’s a series of integrated systems, which include the provision of 3D air surveillance, target identification and air traffic management services for the host ships.

BAE Systems product and training services director, Les Gregory, said: "I am delighted that the Artisan 3D radar is producing excellent results as predicted for the QEC. It is an exciting milestone not only in the development of BAE Systems radar programme but also for the future of Royal Navy warships."

"The Artisan 3D radar has been designed to simultaneously detect more than 900 objects: as small as a tennis ball and moving at three times the speed of sound."

Due to be deployed onboard the QEC, HMS Queen Elizabeth and HMS Prince of Wales, the Artisan 3D radar has been designed to simultaneously detect more than 900 objects: as small as a tennis ball and moving at three times the speed of sound.

Earlier this year, the radar system was installed at the aircraft carrier alliance electromagnetic environment assessment facility at BAE Systems, Cowes, following the completion of factory testing in December 2012.

The 280m-long and 74m-wide HMS Queen Elizabeth is expected to undergo sea trails in 2017.