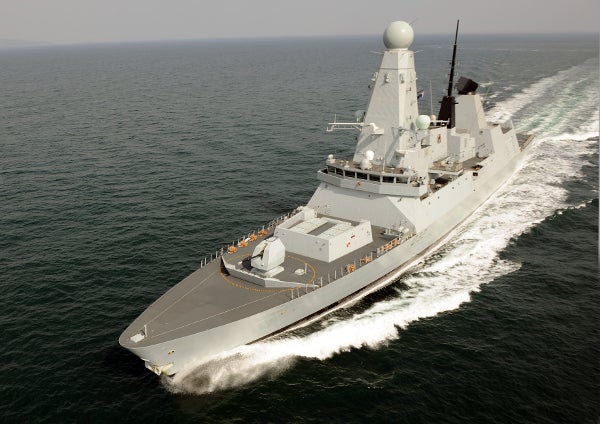 BAE Systems has designed and developed a new onboard trainer (OBT) for the UK Royal Navy's Daring-class Type-45 anti-air warfare destroyers to provide enhanced training for crew prior to their service aboard the vessels.

The new training system has been designed to enable the crew to control, reconfigure, and recover the ship's propulsion, generation, and auxiliary systems in various real-time problem scenarios.

Using MathWorks' Simulink and MATLAB tools, the BAE design team streamlined the creation of plant models for the OBT to simulate 16 interconnected systems with 4,000 total inputs and outputs to generate a near-real training experience for crew members.

BAE Systems Maritime-Naval Ships' division principal engineer Peter Worthington said: "With model-based design, we were able to simplify our design process and ultimately needed only three engineers to model and simulate the ship's physical systems and generate production C-code for the training system."

Capable of simulating contingency situations such as pressure drops due to leakages and the ringing of bilge alert in case of compartment flooding, OBT ensures real world crew training.

"With model-based design, we were able to simplify our design process and ultimately needed only three engineers to model and simulate the ship's physical systems."

A real-time version of the simulation was developed and equipped with onboard control systems of the ship following evaluation of plant models.

The team used MATLAB and Simulink to speed up production code-generation to model and simulate physical systems, while reducing the time by half compared with a typical project of similar size.