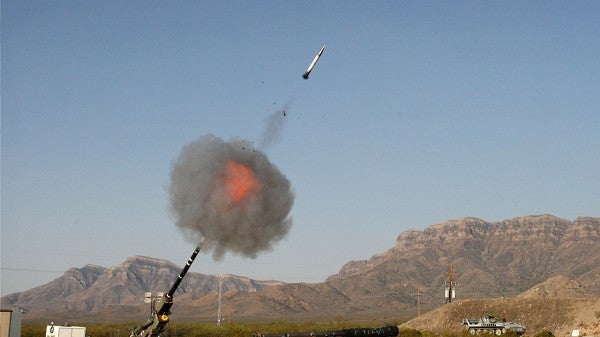 During the guided flight test, the MS-SGP, which was fired from a BAE-built 5in Mk45 Mod 4 naval gun system, validated its capability while meeting all the objectives of the trials.

In addition, the guided flight test also validated the MS-SGP’s tactical capability to a range of 38km.

The MS-SGP has been designed to provide a single projectile to strike stationary or moving targets for multiple US or allied services at a fraction of the cost of current alternatives.

"The projectile can provide the US forces with an affordable, long-range, and precision gun-launched projectile to greatly expand our fire support capability," Hughes added.

"The projectile can provide the US forces with an affordable, long-range, and precision gun-launched projectile to greatly expand our fire support capability."

Designed to significantly enhance the US Marine Corps and army’s field artillery capabilities, the MS-SGP has a range of nearly 100km with accuracy of less than 5m, and also improves capability for the US Navy Mk45 gun systems.

The MS-SGP, which has undergone more than 110 subsystem trials, is scheduled to be test-fired from a US Army M777 towed howitzer later in the next couple of months.

BAE has provided Mk45 gun systems for the US Navy and nine international fleets, with more than 250 shipboard applications.