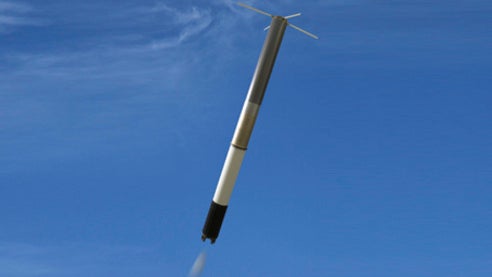 Under the $35m follow-on contract, BAE will develop and deliver Nulka active missile decoy rounds to the both the Royal Australian Navy (RAN) and the US Navy.

The defence minister, Senator David Johnston, said the original Nulka development was carried out by the US and Australian governments under a memorandum of agreement (MoA) signed in 1986.

"Nulka is an exceptionally valuable capability for the RAN and has made a huge difference to enhancing ship defence, providing an effective counter measure against radar guided missiles," Johnston said.

"Development is ongoing, with several projects currently planned to sustain the Nulka system as a premier anti-ship missile defence solution for the RAN and the USN," Johnston continued.

"Nulka is an exceptionally valuable capability for the RAN and has made a huge difference to enhancing ship defence."

BAE team for the Nulka system programme include Lockheed Martin Sippican and Aerojet Rocketdyne, which are responsible for electronic warfare payload and the rocket motor respectively as well as Milspec Engineering, Thales Australia and Varley.

Work under the contract will be carried out in Edinburgh Parks, South Australia during 2014 and in Mulwala, New South Wales in 2015.

Currently, the soft-kill anti-ship missile defence system is operational on more than 150 surface combat ships in the US, Canadian and Australian navies.