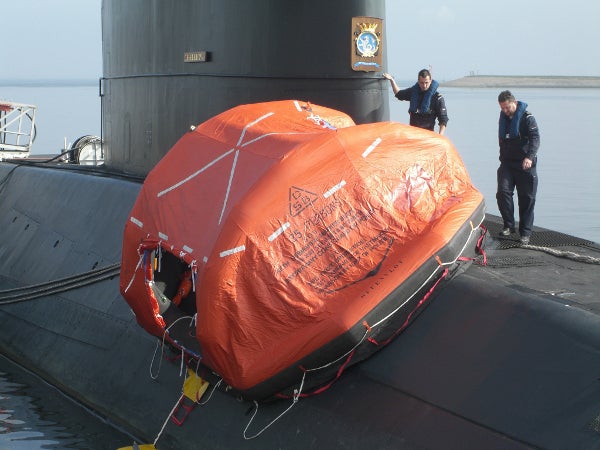 The trials are part of a six-year contract awarded by the Dutch Ministry of Defence to design, build, install and commission life raft systems for forward and aft locations aboard the RNLN’s four Walrus-class submarines.

Babcock project manager James Woolford said that the trials marked a significant milestone in the contract while working in cooperation between Babcock, the Dutch Navy and naval dockyard personnel at Den Helder.

"Having been appointed by the Dutch Ministry of Defence to supply, install and commission the life raft systems for its four Walrus class submarines, replacing the originally fitted indicator beacons, we have been undertaking an installation programme within the submarines’ planned maintenance schedule, for minimal disruption to the operational programme," Woolford said.

Designed to be released from a submarine either while surfaced or submerged, the life raft system is equipped with survival kits and can automatically activate GPS search-and-rescue indicator beacon for improved survivability of the submarine crew.

"We have been undertaking an installation programme within the submarines’ planned maintenance schedule, for minimal disruption to the operational programme."

Babcock developed and installed the first 35-man Safety Of Life At Sea (SOLAS) approved life raft on to the third Walrus-class advanced non-nuclear submarine HNLMS Dolfijn in 2007, during its refit programme.

Armed with four 21in Honeywell Mk48 Mod 4 and Mk48 ADCAP torpedoes, the Rotterdamse Droogdok Mij (RDM) built submarines have been designed to replace the four ageing Dolfijn-class submarines for the Netherlands Navy.