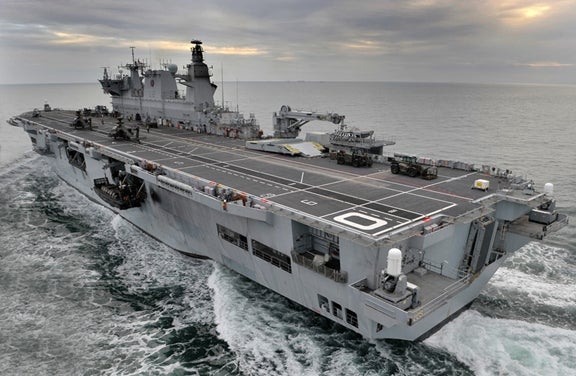 The UK Royal Navy’s amphibious assault ship, HMS Ocean (L12) is undergoing a modernisation programme to prepare it for its military support role during the 2012 London Olympic Games.

Babcock will install a London berthing arrangement to enable the ship to berth in the Thames and to accept the London Brow, which is a large pontoon secured with cables or ropes alongside the vessel, with a temporary bridge for getting on and off the ship at dockside.

The company will also provide an extensive habitability package, which includes installation of more than 2,000 items to the vessel, in a bid to carry additional personnel during the Olympics, as well as a galley and laundry package, painting of the weather-decks and superstructure.

US Navy denies China’s claims of warning off USS Benfold

"Following the completion of upgrades, HMS Ocean will serve as a maritime hub, supporting police-led maritime security operations during the Olympics.."

HMS Ocean will also have maintenance services provided to its critical systems, including aircraft lifts, and chilled water and salt water systems.

Following the completion of upgrades, HMS Ocean will serve as a maritime hub, supporting police-led maritime security operations during the Olympics.

In May 2012, HMS Ocean participated in Exercise Olympic Guardian in London, intended to prepare warships and ensure safety and security during the 2012 games.