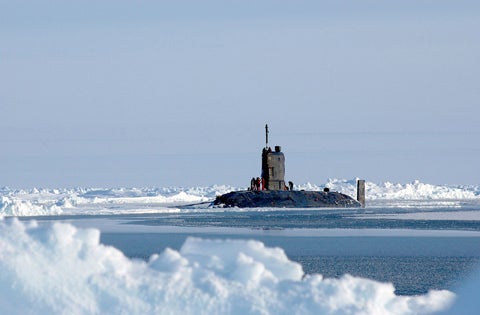 The UK Ministry of Defence (MoD) has awarded a contract to Babcock to design and develop the first phase of the communications coherency for submarines (CCSM) system’s obsolescence update in support of the UK Royal Navy’s Trafalgar-class nuclear-powered submarine.

Upgrades to the CCSM system will address near-term obsolescence issues while enhancing the system’s life over the operational service of the final four Trafalgar-class submarines.

The CCSM modernisation programme will be performed in two stages, with the first involving an update to the hardware and software handling the military signal messages, while the second phase will address the legacy communications equipment routing infrastructure.

Currently, Babcock is developing and seeking suitable hardware and software with the authority as part of the contract, while the design is expected to be finalised in September 2013.

"The system provides enhanced capability for submarines to manage existing and future levels of message traffic and information."

Babcock integrated system and support group director, Charles John, said: "Babcock is responsible for CCSM in-service support and is pleased to provide a solution that overcomes the obsolescence issues while minimising the disruption to the office infrastructure due to the CCSM design."

The CCSM system has been designed by Babcock to provide enhanced capability for submarines to manage existing and future levels of message traffic and information such as the efficient using and sharing of information, as part of joint or coalition task force.

Initially deployed on to the Trafalgar-class submarines in 2005, the system has integrated existing independent autonomous systems into a single commercial off-the-shelf (COTS) based system architecture.

The improved processes of the system also enable rapid technology integration for maximum efficiency and cost benefits.
Acceptance trials for the CCSM system update is expected to be carried out in the company’s purpose-built Communications Shore Integration Facility (CSIF) at Devonport, UK, in January 2014.