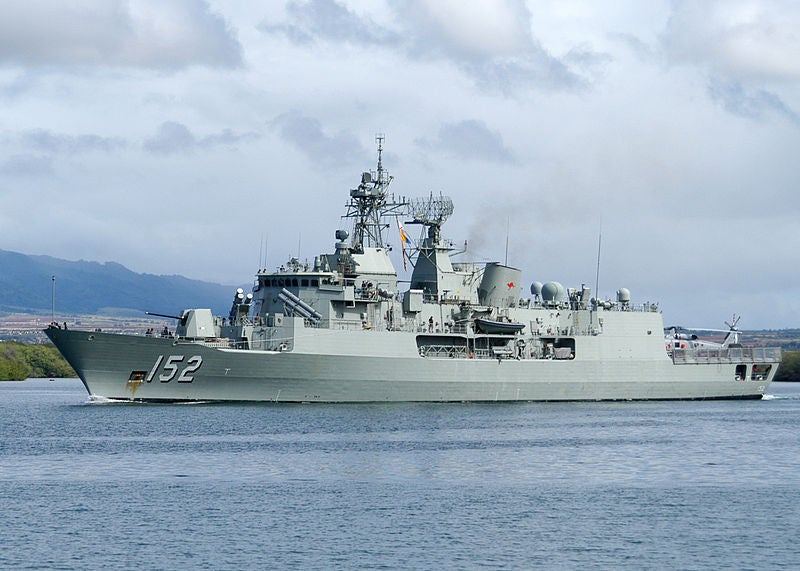 The contract is valued at approximately $300m and has options to extend it for a further ten years based on performance.

Speaking after the joint venture was selected as the preferred bidder in March 2012, Babcock chief executive Peter Rogers said that the selection reinforced its growth prospects in the Australian naval support market.

"We look forward to working with the Australian Government and developing a long-term relationship as we support its plans to deliver a new, cost-efficient, integrated naval support solution," Rogers added.

Equipped with a 127mm main gun and Sea Sparrow surface to air missiles, each Anzac-class frigate is powered by combined diesel or gas turbine system and can embark an anti-submarine helicopter.

Developed at Tenix’s Williamstown yard in Victoria, the Anzac-class frigates are based on the Blohm + Voss Meko 200 modular design and features Sceptre A radar warner.

“We look forward to working with the Australian Government and developing a long-term relationship as we support its plans to deliver a new, cost-efficient, integrated naval support solution.”

Additional features of the vessels include decoy system, which consists of an SLQ-25A towed torpedo and Nulka anti-missile hovering off board decoy.

The Anzac-class frigates vessel have a displacement capacity of 3,600t, a speed of 27k, a maximum range of 11,000km and can accommodate a crew of 163.

The team has also been selected for the amphibious and afloat support ships’ GMC tender, which is expected to be released by mid-2013.