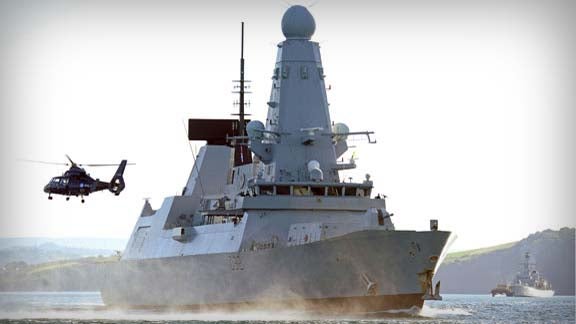 Babcock has received a four-year multi-million pound support contract from the UK Ministry of Defence (MoD) Maritime Equipment Systems to deliver and support compressors and associated equipment installed aboard the UK Royal Navy's ships and submarines.

Under the contract, Babcock will provide 4,000 items of spares and consumables, as well as undertake repairs and refurbishment to compressors and their sub-assemblies and components.

In addition to providing rapid reactive engineering support and post-design services, such as defect investigation and modifications, Babcock will provide equipment and services for the current naval surface ship and submarine fleet, including the new Daring-class Type 45 destroyer and Astute-class submarine.

Deliveries under the contract are scheduled to take place within eight or 30 weeks, based on the type of equipment.

"We recognise the importance of timely provision of this equipment and support service and plan to work with the MOD to improve forecast demand and maximise operational capability and value for money."

Babcock Equipment Solutions managing director John Stratton said: "We recognise the importance of timely provision of this equipment and support service and plan to work with the MOD to improve forecast demand and maximise operational capability and value for money."

The UK Royal Navy's Type 45 anti-air warfare destroyers have been designed to replace the ageing Type 42 destroyers, which have been operational since 1978 and feature long-range weapon systems.

The Astute-class nuclear-powered attack submarines have been designed to support a range of strategic missions, including anti-ship and anti-submarine operations, surveillance and intelligence gathering.

Image: A helicopter takes off from HMS Daring Type 45 destroyer. Photo: courtesy of the Royal Navy.