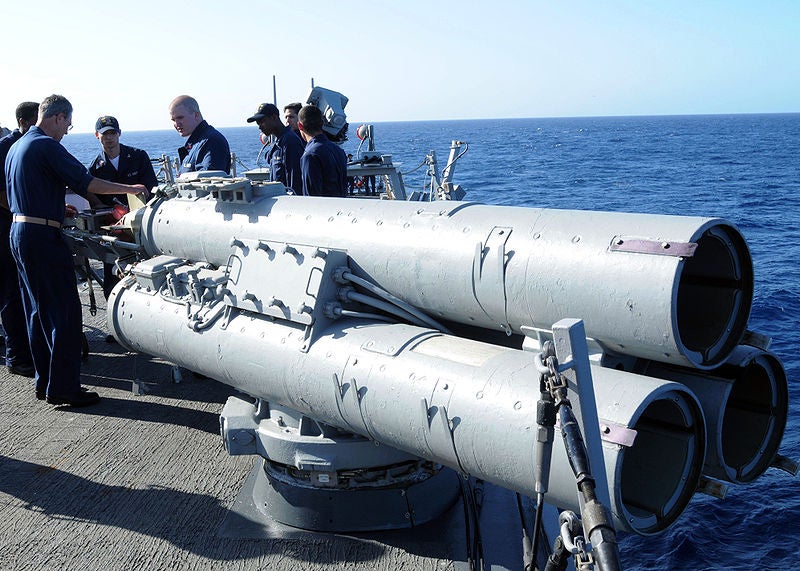 Babcock director Pat Donovan said: "Proving the equipment is a key milestone in the programme and a further illustration of the strong progress we’ve made on the launcher contract."

Two Mk32 Mod 9 torpedo launcher assemblies will be installed on each Hobart-class AWD in magazine compartments, port and starboard.

The system features a launcher, an air charging panel, which is currently undergoing testing by Babcock, and a torpedo loading tray.

“Proving the equipment is a key milestone in the programme and a further illustration of the strong progress we’ve made on the launcher contract.”

Originally designed for the US Navy, the Mod 9 is a twin-barrelled variant of the Mk32 launchers currently operational with Australian Anzac and Adelaide-class FFG frigates.

In support of the AWD Alliance, Babcock was awarded a contract by Raytheon in December 2008 to provide a complete weapons handling and launch system from stowage to launcher for the Hobart-class AWDs.

The Australian Navy is scheduled to receive its first AWD in December 2014 following the other two warships in early 2016 and mid-2017.