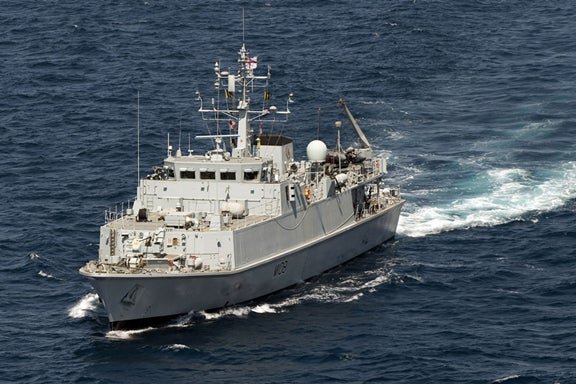 The SSSA, which formed in April, is an alliance between the UK Ministry of Defence (MoD), Babcock and BAE Systems.

"The Sandown-class forms an essential element of both the security of UK waters and conflict prevention across the globe, which is why the upgrades being installed in this SP(D) are so important."

Under the refit programme, the maintenance package will include several upgrades and enhancements intended to significantly improve the minehunter's operational capability, sustainability and habitability standards.

"The Sandown-class forms an essential element of both the security of UK waters and conflict prevention across the globe, which is why the upgrades being installed in this SP(D) are so important.”

Scheduled work on the ship includes replacement of the entire fire detection system, inclusion of an upgraded high-pressure air system to extend system life and lower cost and space, as well as the defence information infrastructure (DII) to enable sharing of information and collaboration.

Based on the previous experience gained, the current Sandown-class refit includes the pre-docking material assessment, as well as an efficient method of ballast elimindation and early removal of system components.

Babcock warship support operations head Mike Weeks said: "The team's goal is to return HMS Grimsby to her operational commander in the best possible material state on completion of her short but very busy SP(D)."

HMS Grimsby is expected to undergo sea trials by the end of the year.