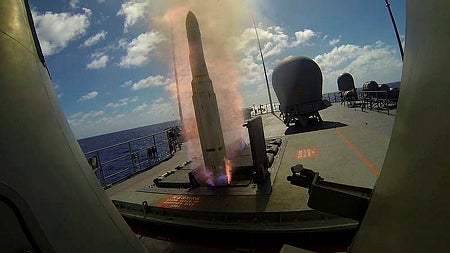 During the trials, the team fired the evolved sea sparrow missile (ESSM) from the Anzac-class ship HMAS Perth (FFH 157) and hit one of the world’s most advanced supersonic targets off the Pacific Missile Range Facility (PMRF) in Hawaii, US.

The testing, which also involved ESSM engagements of multiple sea-skimming targets, has been conducted by RAN and the Defence Materiel Organisation (DMO) as part of the Anzac-class frigates’ ASMD modernisation programme.

"The targets were detected by the Australian designed and built CEA Phased Array Radar and the missiles were successfully launched and controlled in flight by the ship’s ASMD systems, resulting in the destruction of the targets," Goddard said.

The ASMD upgrades will enhance the vessel’s weapons systems and sensor arrays capability.

Navy chief vice-admiral Ray Griggs said that the ASMD upgrade will offer a significantly enhanced level of self and local area defence against modern anti-ship missiles for the Royal Australian Navy’s Anzac-class ships.

"The results from this activity are a ringing endorsement of the capability flowing from the ASMD programme," Griggs said.

In addition to RAN and DMO, CEA Technologies, SAAB Systems and the Defence Science and Technology Organisation have contributed to the trial.