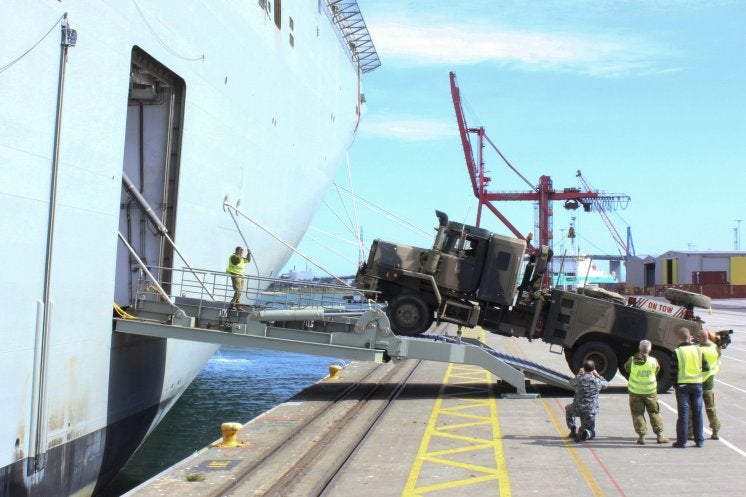 During the trial, conducted by the Defence Material Organisation (DMO) on schedule, the Army vehicles have driven onto the NUSHIP Canberra ship and manoeuvred within the vehicle decks of the ship.

The Australian Army had provided several vehicles including a tank, armoured personnel carrier and light vehicles for use on the LHDs.

"The coming months will see the conduct of critical harbour and sea trials in preparation for the delivery of the ship to defence," West said.

Designed to provide most capable and sophisticated air-land-sea amphibious capability for the Australian Navy, the two 27,000t Canberra-class LHDs can accommodate force of over 2,000 personnel by helicopter and water craft, along with weapons, ammunition, vehicles and stores.

NUSHIP Canberra engineer officer, commander David Walter said that the Canberra personnel got a good learning opportunity with both the cold move activity and the vehicle load trial.

"The Canberra personnel got a good learning opportunity with both the cold move activity and the vehicle load trial."

"A range of Canberra personnel including personnel from the Amphibious, Executive and Engineering departments observed both the ‘cold move’ activity and the vehicle load trial, which was excellent training value in terms of becoming familiar with the platform in a real time activity," Walter said.

NUSHIP Canberra commanding officer, captain Jonathan Sadleir said: "We have over 300 ship’s company who have now joined the ship and are undertaking a variety of training and preparedness activities ready to embark and operate the ship next year."