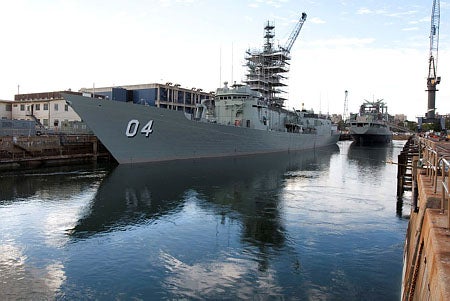 Australian Defence Materiel minister Dr Mike Kelly said that the RFT was for grouped-asset, long-term, performance-based contracts for the repair and maintenance of the navy’s major surface ships.

"It demonstrates the government’s commitment, to transform the naval ship repair sector and apply innovative contracting practices to get the best outcome for the navy, for industry and for every Australian taxpayer," Kelly added.

The tender documentation will be released by the DMO to BAE Systems, Rolls Royce/KBR and Thales Australia.

"This initiative will provide industry with the predictability and stability it needs to achieve efficiencies, to offer job security to its workforce and to invest in capital infrastructure," Kelly said.

"This initiative will provide industry with the predictability and stability it needs to achieve efficiencies, to offer job security to its workforce and to invest in capital infrastructure."

In addition to assisting in lower costs realisation for greater continuity in ships repair and maintenance, the contract will provide improved forecasting and planning of maintenance localities and duration for the Australian Navy.

Capable of countering simultaneous threats from the air, surface and sub-surface, the long-range escort vessels can support missions such as air defence, anti-submarine warfare, surveillance, interdiction and reconnaissance.

The five-year contract will have year-on-year extensions until the life-of-type of the ships.