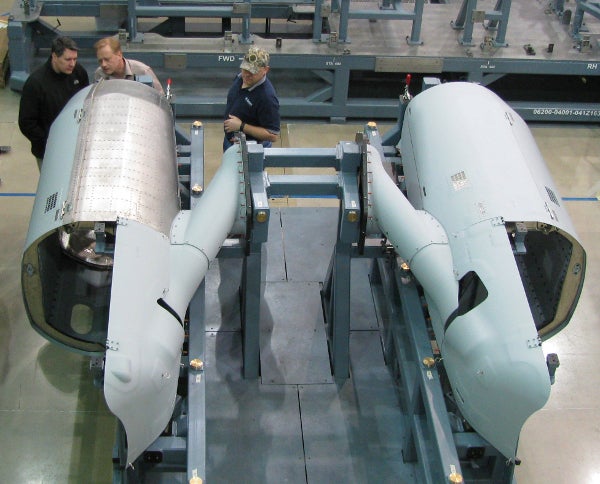 Aurora Flight Sciences has delivered the first pair of forward engine nacelles to Sikorsky Aircraft for installation on the first prototype of the US Marine Corps’ (USMC) next-generation heavy lift rotorcraft, the CH-53K Super Stallion.

The CH-53K ground test vehicle will be integrated with the pair of nacelles at Sikorsky’s Florida Assembly and Flight Operations (FAFO) facility in West Palm Beach, Florida, US.

The third engine enclosure is embedded with the aircraft’s main rotor pylon, which was delivered to the FAFO facility by Aurora in 2011. All three nacelles are built using composite material and will house and protect a GE38-1B engine.

Sikorsky received a $3bn system development and demonstration contract from the US Navy for the initial development of five prototype aircraft and two non-flying test articles and has options to include production of more than 200 aircraft.

The CH-53K prototype aircraft’s first flight is expected to take place in 2014, while the initial operational capability of the helicopter is expected to be reached in 2018.

The aircraft will replace the CH-53E, currently in service with the USMC and will be used from amphibious assault ships for the transport of personnel, equipment and heavy payloads over longer distances.