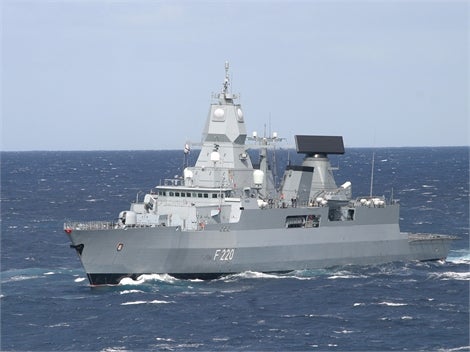 The Federal Office of Bundeswehr Equipment, Information Technology and In-Service Support (BAAINBw) has signed a contract with Atlas Elektronik and Thales Deutschland to jointly upgrade the combat system installed onboard the German Navy’s Sachsen-class F124 frigates.

As part of the contract, hardware refurbishment and software adaptation and update of the combat direction system (CDS) will be carried out by a consortium formed by the two parties, HW Regeneration CDS F124.

Replacing the outdated console processors, data recording modules, and various network modules on the frigates with latest generation components will also be performed under the contract.

In addition, the team will ensure that the modified computer systems will provide significant capabilities for integration of the new sub-systems and future CDS functionalities.

"The hardware refurbishment and software adaptation and update of the combat direction system will be carried out."

Powered by a combined diesel and gas propulsion system (CODAG), the ship with an operating range of 4,000nm features electronic countermeasures suite and can cruise at a maximum speed of 29k.

Work under the contract will be carried out at the test and training centre (EZ/AZ) in Wilhelmshaven, Germany, and the Reference Maintainer and Training Site (RMTS) in Den Helder, Netherlands.