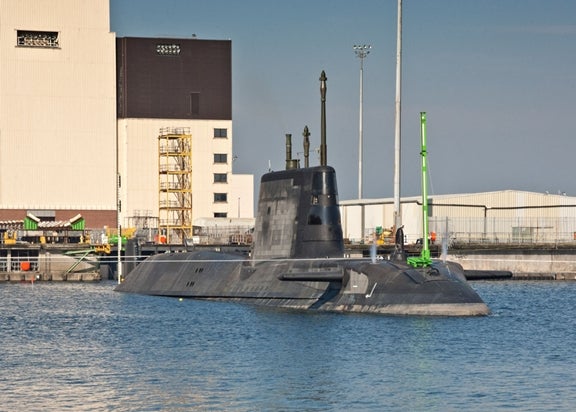 BAE has received a contract from the Royal Navy to build seven Astute-class submarines to replace the existing Swiftsure and Trafalgar-class vessels.

UK defence equipment, support and technology minister Philip Dunne said that the Astute-class submarines would be the most powerful and advanced attack submarines for the Royal Navy and expected to boost naval capability in future.

HMS Ambush commanding officer Commander Peter Green said: "It is now time to start putting Ambush through her paces on sea trials and prove that this amazing piece of equipment is ready for operations."

"It is now time to start putting Ambush through her paces on sea trials and prove that this amazing piece of equipment is ready for operations."

The 93m-long, 11.3m-wide submarine is powered by a nuclear reactor that enables it to operate for 25 years without refuelling.

The 7,400t vessel can cruise at a submerged speed of 54km/h, while carrying a crew of 98 and is armed with 36 torpedoes and missiles, including Tomahawk cruise missiles, Spearfish torpedoes and mines with six 533mm torpedo tubes.

Built by BAE Systems, HMS Ambush will support a variety of missions including deployment of Tomahawk cruise missiles, intelligence gathering, anti-ship and anti-submarine missions, and support for land forces.

The submarine is scheduled to be operational with the Royal Navy in 2013.