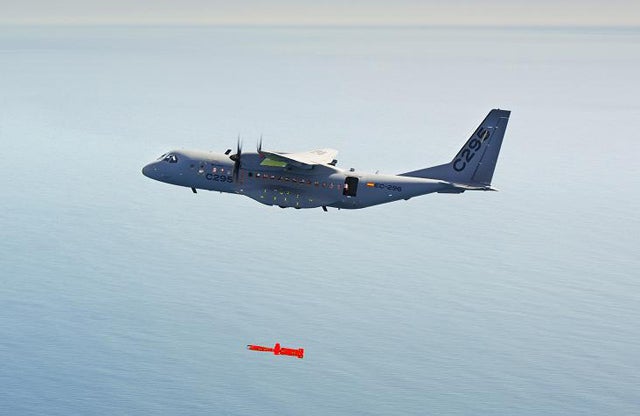 During the trials, the aircraft validated its aerodynamic integration of 3.85m-long, 310kg medium-range sea-skimming anti-ship weapon system, Marte, under the wing.

In addition to demonstrating operational versatility of the Marte weapon, the trials also proved the aircraft’s weapon handling capabilities and its flight performance.

Currently deployed on the Italian Navy’s AgustaWestland AW-101 helicopters, as well on NHIndustries NFH-90 naval helicopters, Marte has been designed to serve as an all-weather missile.

"The C295 is an advanced version of the Airbus Military’s CN235 aircraft and is capable of providing increased capacity and range.”

Capable of conducting maritime patrol, anti-submarine warfare (ASW) and anti-surface warfare (ASuW) missions, the C295 is an advanced version of the Airbus Military’s CN235 aircraft and is capable of providing increased capacity and range.

The C295 MPA can be deployed for transportation of personnel, troop and bulk or palletised cargo, conducting medical evacuation, communication and logistic duties, as well as certified air-dropping capabilities.

Equipped with the highly integrated avionics system (HIAS), the aircraft features a fully-integrated tactical system (FITS) to control and display the mission sensors, while assisting the pilot in decision making.