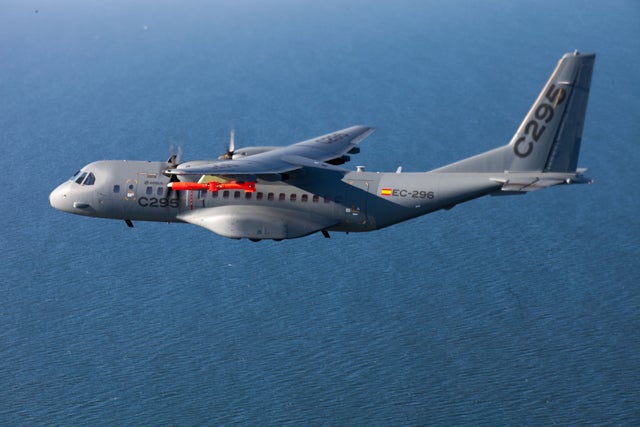 During the trials, the aircraft validated its capability with aerodynamic integration of 3.85m-long, 310kg medium-range sea-skimming anti-ship weapon system Marte under its wing.

The C295 MPA is scheduled to undergo further series of flights that include handling qualities tests and aircraft flight performance assessments.

Designed to serve as a fire-and-forget all-weather missile, Marte is currently deployed on the Italian Navy's AgustaWestland AW-101 helicopters, as well on NHIndustries NFH-90 naval helicopters.

Capable of conducting defence and civic missions, such as maritime patrol, and environmental surveillance missions, the C295 MPA also supports transportation of personnel, troop and bulk or palletised cargo, as well as medical evacuation, communication and logistic duties, in addition to certified air-dropping capabilities.

“The C295 features a fully-integrated tactical system (FITS) to control and display the mission sensors, while assisting the pilot in decision making.”

A combination of dual technology civil and military equipment, the MPA has short take-off and landing (STOL) capabilities and can cruise at a maximum speed of 480km an hour at an altitude of up to 25,000ft.

Powered by two Pratt & Whitney Canada PW127G turboprop engines, the C295 is an advanced version of the Airbus Military's CN235 aircraft and is capable of providing increased capacity and range.

Equipped with the highly integrated avionics system (HIAS), the C295 also features a fully-integrated tactical system (FITS) to control and display the mission sensors, while assisting the pilot in decision making.