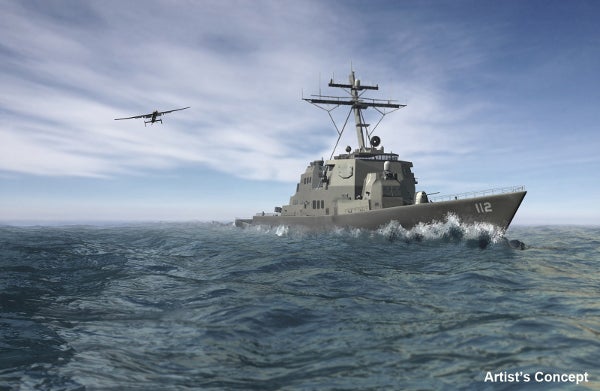 Under the $2.3m concept definition contract, AeroVironment will work as the prime contractor with DARPA to develop MALE UAS as a part of Tactically Exploited Reconnaissance Node (TERN) programme.

The long-endurance UAS will be designed to operate from small ships to provide persistent intelligence, surveillance and reconnaissance (ISR) capabilities.

"TERN is an entirely new category of UAS that has the potential to meet the evolving needs of customers for ISR capabilities," Minson said.

The TERN programme aims to develop a low-cost, large-scale TERN prototype vehicle phases, that would demonstrate automatic launch and recovery and key technologies required by a TERN objective system, over the course of three development phases.

"TERN is an entirely new category of UAS that has the potential to meet the evolving needs of customers for ISR capabilities."

In addition to operating from multiple ship types, including Littoral Combat Ship 2 (LCS-2) class ships, and in elevated sea states, the operational TERN system will enable persistent ISR capabilities with payloads of 600lb while operating up to 900nm.

Capable of carrying a 600lb payload, the UAV launch and recovery systems will fit on littoral combat ship 2 (LCS-2)-class ships and other surface combat vessels.

The TERN programme will be implemented in three phases, which include phase I concept definition, phase II technology maturation and phase III system demonstration.

Sierra Nevada will serve as subcontract to AeroVironment on the TERN project.