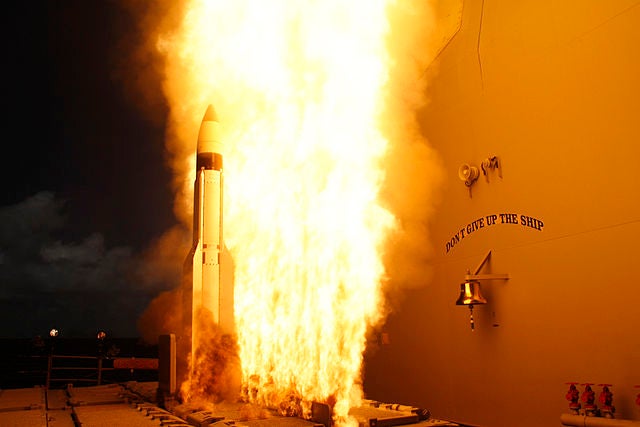 During the trial conducted at the company's facility in Sacramento, California, US, the second SM-3 Block IIA TDACS unit was put through the altitude hot fire test.

"Using lessons learned from the SM-3 Block IB guided missile programme, we used a hardware-rich development programme for critical risk reduction testing, and utilised production-level drawings integrated and assembled by the technicians that would be doing the work," Parker said.

"So far the approach is working, our upcoming CDR will be the complete validation of that approach."

Work on the SM-3 Block IIA TDACS is being performed at the company's facility in Sacramento, US, while the programme is being managed by the MDA and Raytheon Missile Systems.

The SM-3 missile is capable of destroying targets using hit-to-kill technology, and strike threat ballistic missiles during the mid-course phase of an incoming missile outside of Earth's atmosphere.

Image: a SM-3 missile being is launched from USS Lake Erie (CG 70). Photo: courtesy of US Navy.