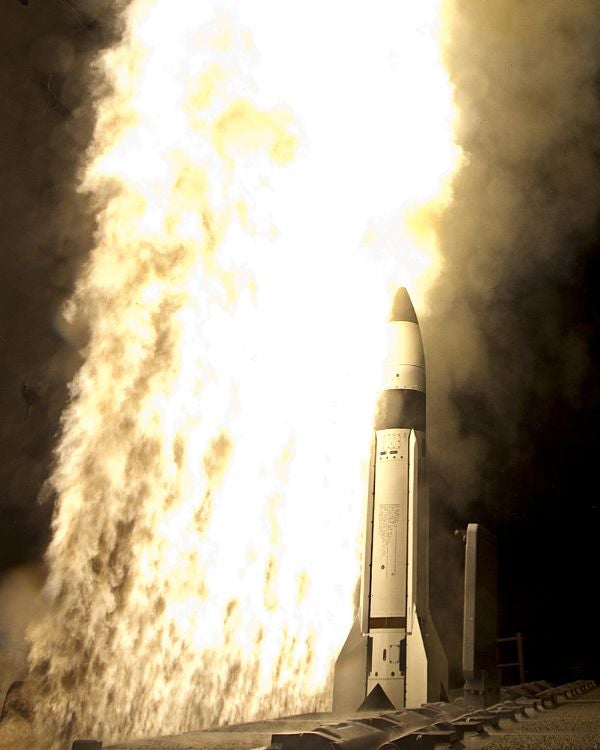 Aerojet has successfully completed qualification testing of its throttleable divert and attitude control system (TDACS) at its facility in Sacramento, California, US, in support of Standard Missile-3 (SM-3) Block IB programme.

During trials, the final TDACS unit was put through the altitude hot fire test to prove that Aerojet’s throttling solid propulsion technology is capable of operating in all environments.

Around five TDACS units have been tested in environmental extremes and various operational duty cycles, as a part of qualification phase of the SM-3 IB programme.

Featuring hit-to-kill technology to destroy targets, the SM-3 Block IB missile has been designed to engage threat ballistic missiles during its mid-course phase.

The next-generation SM-3 missile, scheduled for deployment in 2018, will be deployed on Aegis cruisers and destroyers to provide protection against short-to-intermediate-range ballistic missile threats in the mid-course phase of flight.

To date, Raytheon has delivered more than 130 SM-3s to the US and Japanese navies ahead of schedule and under budget, while the SM-3 Block IB missile is scheduled for delivery in 2015.