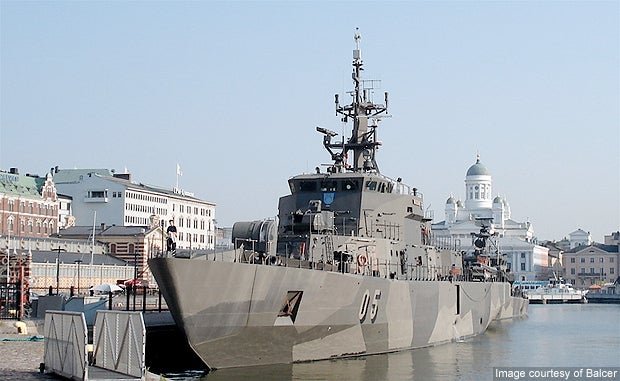 Conducted in the Finnish Archipelago and Northern Baltic Sea, the trials also involved a number of national sea, air and land platforms.

Commenting on the trials, 3SDL senior consultant Tom Vart said: "The sea acceptance testing provided an invaluable opportunity to test Link 16, 22 and JREAP, both CIU and data forwarding, in a ‘real’ scenario at sea onboard an operational warship."

"The sea acceptance testing provided an invaluable opportunity to test Link 16, 22 and JREAP, both CIU and data forwarding, in a ‘real’ scenario at sea onboard an operational warship."

The Finnish Ministry of Defence (MoD) is procuring a multi-link tactical data link (TDL) solution to enable the navy to develop interoperability benefits by fully integrating Link 22, MIDS/Link 16 and JREAP.

Since 2010, 3SDL has been supporting the naval command on the new SELEX ES-built M-DLP FN system’s procurement and testing.

Capable of providing data forwarding capabilities, the M-DLP FN system will be integrated onto several combat ships in the Finnish Navy.

Powered by two Wärtsilä Vasa 16V22 diesel engines, driving two controllable pitch propellers, the 77m-long Hämeenmaa-class ships have a beam capacity of 11.6m, a draft of 3m and can accommodate a crew of 60.