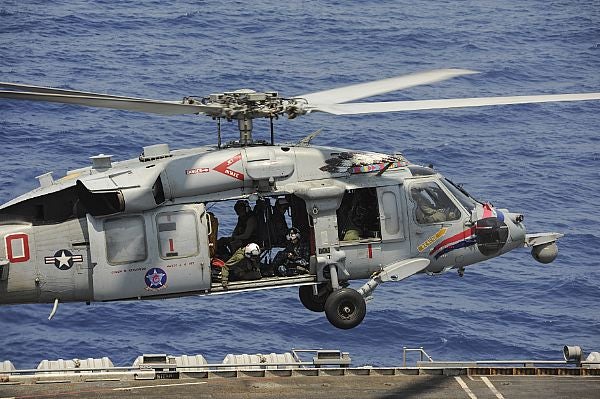 Under the $14.2m contact, EVC will manufacture additional CSTRS units for the US Navy's Sikorsky and Lockheed Martin-built MH-60S Seahawk helicopter.

The contract follows a previously awarded initial contract to Concurrent Technologies (CTC) / EVC in May 2012, while an additional contract was awarded in December 2012.

The MH-60S helicopter-mounted CSTRS capability, part of US Navy's Organic Airborne Mine Countermeasures (OAMCM) programme, provides an extra measure of safety for the crew while allowing the US Navy's Littoral Combat Ships to readily respond to mine threats.

"This new request for additional units allows us to continue to grow EVC and add new jobs in Johnstown," Schario added.

The modular design of the CSTRS is capable of supporting the deployment requirement of multiple mine sensors while providing a range of mine countermeasure abilities.

EVC production managing director Ed Peretin said: "EVC began producing the CSTRS units in May 2012, and production under these contracts will span a total of more than four years."