The US Department of Justice (DOJ) has fined Navistar Defense $50m for allegedly presenting fraudulent invoices and other false misleading documents to secure the US Marine Corps (USMC) Mine Resistant, Ambush-Protected (MRAP) contract.

Between January 2007 to January 2012, the company overcharged the US military for the MRAP vehicles.

The company knowingly submitted the invoices during contract negotiations with the US Government, thereby violating the False Claims Act. 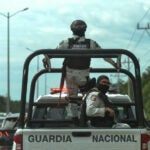 The DOJ claims were brought against Navistar Defense under the whistleblower provisions of the False Claims Act by Duquoin Burgess, Navistar’s former government contracts manager.

“Today’s settlement demonstrates our commitment to pursue those who knowingly provide false information to government procurement officials for their personal gain.”

In 2019, the DOJ partially intervened in the case. It alleged that the company overcharged the government on the MRAP’s independent suspensions system’s specific parts.

As per this settlement, Navistar will pay the fine for both the intervened and the non-intervened portions of the case.

District of Columbia Acting US Attorney Channing Phillips said: “Money overcharged to the United States is money that should go to providing the very protection and security that we contracted to provide to our troops.

“The settlement evidences our commitment to go after any contractor who treats America’s dedication to our troops as a get rich quick scheme at the expense of the taxpayer and the safety of our military personnel.”