The gaming room was developed in collaboration with Wargaming , the computer games maker behind the historically accurate naval combat game World of Warships, which now includes two iterations of HMS Belfast from World War II and the 1950s.

The facility enables gamers to play World of Warships and World of Warships: Legends on powerful gaming PCs and video game consoles. The games have recorded over 50 million player accounts from across the world and allow players to helm hundreds of historical vessels in strategy and real-time combat gameplay.

HMS Belfast is a town-class light cruiser ordered in 1936 and launched in 1938. She saw service throughout World War II including escorting Arctic convoys. She saw further combat action during the Korean War before being decommissioned in 1963. She was transferred to Imperial War Museum ownership in 1978.

The recent renovations include new exhibition spaces and displays and discover stories from crew members. The in-game content available at the  World of Warships Command Centre is based on historical documents and blueprints from the first half of the 20th century, including material on HMS Belfast herself. 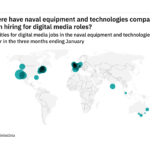 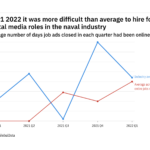 Lead curator for HMS Belfast Rob Rumble told Naval Technology: “I’ve been heavily involved in refitting the ship, bringing the displays and interpretation up to date and trying to bring more stories of the sailors who served in Belfast and the conflicts the ship was involved with.

“The ship had many functions primarily it was a weapon of war, but there’s more to it than that as well. It was a home for the sailors, it was a symbol of British power and prosperity, and in that capacity flew the flag for Britain in the various ports around the world.

“It’s a real mixture onboard of heavy technology, the machinery of war interspersed amongst hammocks, galleys, the sickbay, the officers’ dining areas. We feel that the stories that relate to these various spaces provide our visitors with a balanced variety of tone, from the serious conflicts that Belfast was involved in, to the more light-hearted and absurd; the Christmases, the celebrations. the crossing the line ceremony where King Neptune would greet the new young sailors who cross the equator. All those elements that made life on board for the sailors and made Belfast their home.”

“Because HMS Belfast was already in the game, we had a great response from everybody in the museum saying this is exactly the kind of thing that we’re looking look forward to, to add something to people coming on coming on board,” he said.

“It’s an honour to be able to say, you can play the ship in the game on the ship. There’s not going to be very many places that you’d be able to do that. We have been speaking with Wargaming for over two years and had the intention of doing a game room before the pandemic in the summer of 2019, then everything just slowed down, so it’s great to finally get this done.”

CEO of Wargaming Victor Kislyi added: “Over the past year we have been privileged to work with naval museums across the world and support them during an immensely difficult time. We are delighted to be able to add a new dimension to the already incredible offering onboard HMS Belfast and can’t wait to see this historic warship ship delight and educate visitors once more.”