The estimated value of this cost-plus-incentive-fee modification contract is approximately $697.9m.

The latest contract builds upon the previously awarded contract for the repair, maintenance, and modernisation of the SSN 768 submarine.

GDEB president Kevin Graney said: “This engineered overhaul of the USS Hartford will enhance its warfighting capability and extend the ship’s service life, returning a valuable asset to the US Navy submarine fleet.” 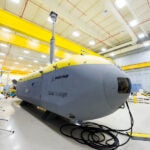 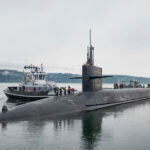 Overhaul work on USS Hartford will be carried out at GDEB’s shipyard in Groton, Connecticut, US.

Work is expected to be complete by October 2026. The US Naval Sea Systems Command is the contracting authority.

According to the US Department of Defense (DoD), the US Navy has obligated approximately $649.80m from fiscal year (FY) 2022 operations and maintenance funds and $26.279m from FY2022 other procurement funds at the time of awarding.

Approximately $649.8m of the funds are expiring at the end of the current FY.

The US Navy’s attack submarines are designed to perform various operations including defeating enemy submarines and surface ships, supporting battle group operations, intelligence, surveillance and reconnaissance (ISR) missions, and engaging in mine warfare.

The Los Angeles submarines will be replaced by the next-generation attack Virginia-class submarines that are also being developed by GDEB, together with Huntington Ingalls Industries (HII) Newport News Shipbuilding.