This is the last of four additional aircraft delivered by the airplane manufacturer under the options contract signed by the Indian Ministry of Defence in 2016.

“With this delivery of the P-8I maritime patrol aircraft, we continue to nurture this partnership and are fully committed to working closely with India’s defence forces to deliver the right value and capabilities to meet their operational needs.” 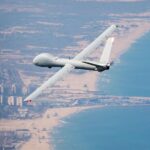 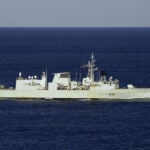 P-81 is equipped with maritime surveillance and reconnaissance features, besides versatility and operational preparedness.

In addition to the maritime reconnaissance and anti-submarine warfare capabilities, the P-8I has been deployed to undertake disaster relief and humanitarian missions.

For P-8, the Indian Navy was the first international customer.

Boeing is also completing the building of Training Support & Data Handling Centre at INS Rajali, Arakkonam, in the Indian state of Tamil Nadu, besides a secondary facility at the Naval Institute of Aeronautical Technology, Kochi, under a contract on training-and-support package signed in 2019.