The size of the Royal Navy has been questioned in recent months, not least by British Politicians, who have cast doubts on the ability of the Royal Navy to effectively deploy its forces. Since the new year, a priority for the Ministry of Defence (MOD) has been boosting the readiness of its ships to maximise the availability of its forces.

The Royal Navy operates several major surface combatants including six destroyers, 13 frigates, two aircraft carriers, and two assault ships. The navy is also engaged in the development of five new Type 31 frigates and eight Type 26 frigates, designed to replace the ageing Type 23 frigates that currently make up the backbone of the fleet. 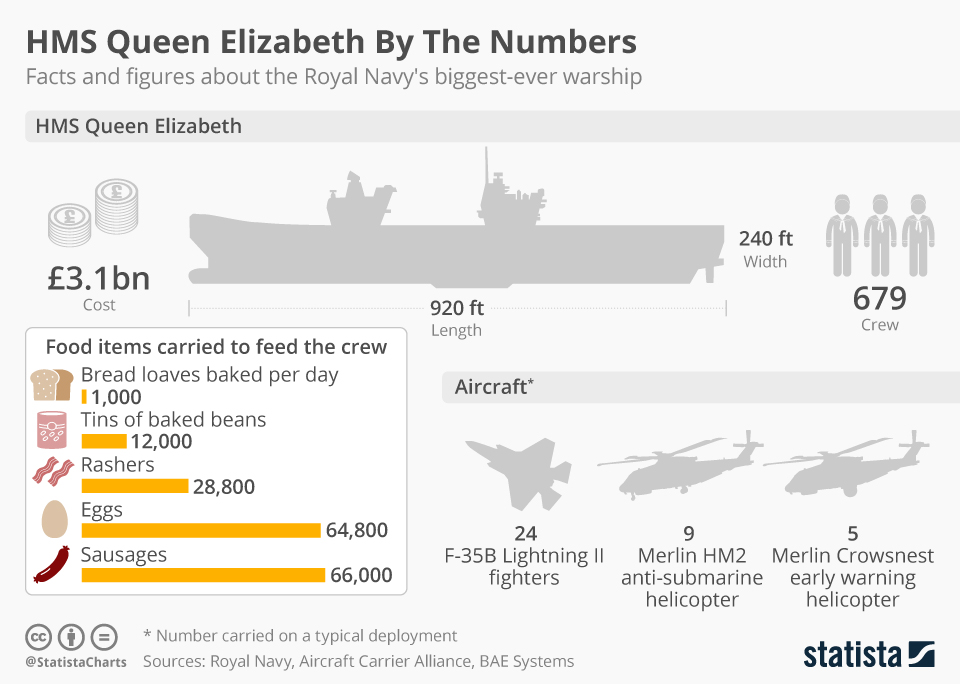 You will find more infographics at Statista

The Royal Navy also operates a large fleet of mine hunting vessels, however, it is expected to lose this capability in the next decade as the current MOD equipment plan does not include funds to replace the vessels when they go out of service. 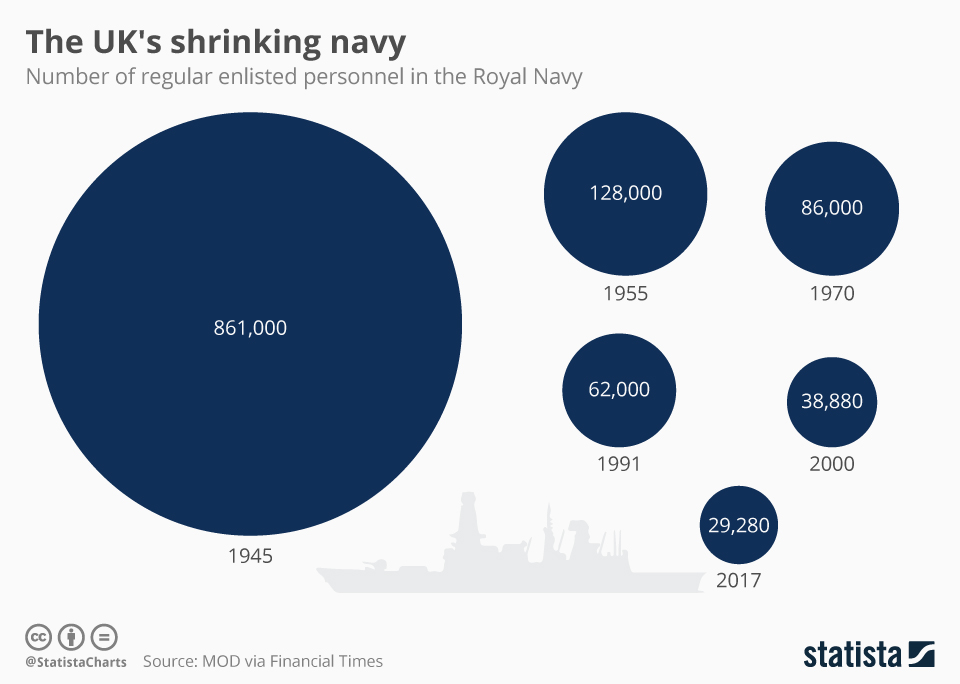 You will find more infographics at Statista

The Royal Navy has several operational deployments around the world, one of the most well-known being work ensuring the safe passage of shipping through the Strait of Hormuz. This mission was brought into focus last year when British-flagged shipping vessel the Stena Impero was seized by Iranian forces in the Gulf.

In an interview due to be published next month in Global Defence Technology, MP and Chair of House of Commons defence committee Tobias Ellwood said that the Royal Navy could look to developing cheaper, modular ships to expand its fleet. Ellwood added that there was “not at all” enough investment in the Royal Navy.