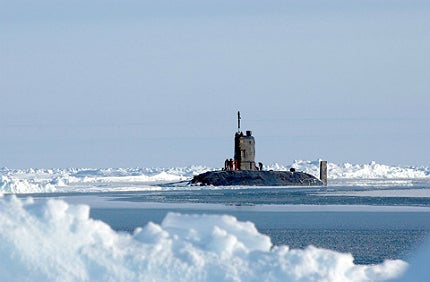 HAL is scheduled to deliver the first five AJT aircraft in the current fiscal, followed by remaining aircraft to Indian Navy in next three years.

The US Naval Research Laboratory (NRL) and the US Navy have began operations of the MZ-3A lighter-than-air blimp, in regions surrounding Washington DC, in the US.

Operated by the US Navy’s science and technology research squadron, Scientific Development Squadron ONE (VXS-1), the MZ-3A is conducting aerial mapping operations under special approval of the Federal Aviation Administration (FAA) and the Transportation Security Administration (Tsa).

Powered by two Lycoming engines, the 178ft-long MZ-3A has been designed to use as a testbed for intelligence, surveillance and reconnaissance (ISR) sensors, requiring a stable and vibration free test eninronment.

DCNS has rolled out the French Navy’s third Aquitaine-Class FREMM multimission ship, Provence, from the building dock at its Lorient facility in France.

Construction on the vessel began in December 2010 and it is due to be fitted with masts, sensors, radars, antennas, cameras and jammers by DCNS specialists and subcontractor teams.

The UK Ministry of Defence (MoD) has awarded a contract to Babcock to design and develop the first phase of the communications coherency for submarines (CCSM) system’s obsolescence update, in support of the UK Royal Navy’s Trafalgar-Class nuclear-powered submarine.

Upgrades to the CCSM system will address near-term obsolescence issues, while enhancing the system’s life over the operational service of the final four Trafalgar-Class submarines.

The CCSM modernisation programme will be performed in two stages, with the first involving an update to the hardware and software handling the military signal messages, while the second phase will address the legacy communications equipment routing infrastructure.

The Swedish Maritime Administration has received the first AW139 intermediate helicopter from AgustaWestland, during a ceremony held at Vergiate plant, Italy.

The aircraft has been delivered as part of a contract awarded by the Swedish Maritime Administration to AgustaWestland, in 2012, to deliver seven AW139 intermediate twin-engine helicopters.

Configured to support the administration’s search-and-rescue (SAR) missions, all the aircraft will be delivered by within 2014.

RIA Novisti cited a spokesman as saying the Bulava SLBM had been launched from the Alexander Nevsky submarine to hit the Kura test site in Kamchatka during state trials.

Following its launch off the White Sea, the missile underwent a malfunction in one of its systems during the second minute of the flight.

The Obama administration has been authorised by the US Senate Foreign Relations Committee to carry out military strike on Syria, in response to an alleged chemical weapons attack last month.

The committee, which reached ten majority votes in favour and seven against, permitted US President Barak Obama to launch the limited military strike on the Syrian regime, provided it did not exceed 90 days and would not involve the deployment of US troops on the ground for combat missions.

The vote follows objections to an earlier draft, which were raised by the proponent of US military action in Syria and US Senator John McCain (R-Ariz.).

During the trials, the team fired the evolved sea sparrow missile (ESSM) from the Anzac-Class ship HMAS Perth (FFH 157) and hit one of the world’s most advanced supersonic targets off the Pacific Missile Range Facility (PMRF) in Hawaii, US.

The testing, which also involved ESSM engagements of multiple sea-skimming targets, has been conducted by RAN and the Defence Materiel Organisation (DMO), as part of the Anzac-Class frigates’ ASMD modernisation programme.

The Armored and Counter IED Vehicles Market in Russia to 2024: Market Brief

The Electronic Warfare Market in Russia to 2025: Market Brief

The Electronic Warfare Market in Russia to 2024: Market Brief

The Military Ammunition Market in Russia to 2023: Market Brief