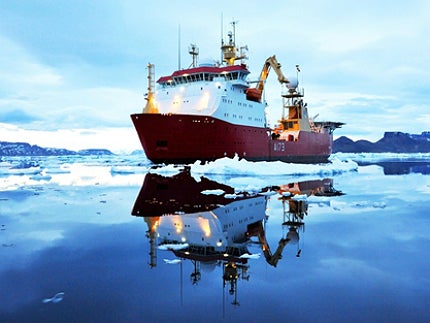 Lockheed Martin has filed a formal protest with the US Government’s Accountability Office (GAO), against the US Navy’s decision to award a next-generation air and missile defense radar (AMDR) contract to Raytheon.

Lockheed spokesman Keith Little said the protest follows careful consideration and belief that the merits of its bid had not been properly considered during the navy’s evaluation process.

The protest comes after the New Jersey lawmakers argued that the contract award to Raytheon would be more expensive than the Lockheed proposal.

The US Naval Surface Warfare Center and US Marine Corps (USMC) have developed an emergency egress lighting system for the marine corps’ assault amphibious vehicle (AAV).

The emergency egress lighting system will enable USMC to escape an AAV in a submersible emergency and can turn on set of lights to guide crew members to the exit hatches.

The new system is a modified version of the emergency egress lighting systems, which are currently deployed onboard the UH-60 Black Hawk helicopter.

During testing, conducted at the French Ministry of Defence‘s (MoD) test range off the coast of the Ile du Levant in the Mediterranean Sea, the Al Shamikh launched the VL Mica missile to hit the target, simulating a sea skimming anti-ship missile.

The UK Ministry of Defence (MoD) has decided to scrap the Royal Navy’s former Antarctic Ocean Survey ship HMS Endurance (A171) by 2015, because of its high repair cost.

HMS Endurance, also known as Red Plum, was severely damaged by flooding when seawater flooded the engine room, leaving the Endurance without power or propulsion, off the Chilean coast in 2008.

A MoD spokesman said: "Given the level of damage sustained and the subsequent deterioration of the ship, it was not considered economically viable to repair her."

RIA Novosti cited the official as saying that the ship will be equipped and followed by sea trials prior to delivery.

Being built at the DCNS shipyard in Saint-Nazaire, the Vladivostok ship is due to be floated out on 15 October.

BAE Systems has awarded a contract to Babcock to work on a new design for the submerged signal ejector (SSE) in support of the UK Royal Navy’s future ballistic nuclear submarine (SSBN).

Under the contract, Babcock will develop a new Mk12 SSE design up to the system design phase.

Babcock defence systems technology director, Jeff Lewis, said the company will develop a design that meets the current technical specification requirements for the new submarine, as well as the affordability challenges.

Scheduled to be christened on 9 November 2013, continuing work on the vessel includes the piping and electrical systems and living areas, such as the galley and mess spaces.

Designed to replace Nimitz-Class aircraft carriers for the US Navy, the Ford-Class carriers will be armed with the Raytheon evolved Sea Sparrow missile (ESSM) to strike against high-speed, highly manoeuvrable anti-ship missiles, as well as a rolling airframe missile (RAM) close-in weapon system.

COVID-19 Impact on The Boeing Co