Germany’s aerospace, defence & security industry registered a 13.3% drop in IT hiring activity in August 2021 when compared with the previous month, according to GlobalData’s Job Analytics database.

Out of the aerospace, defence & security industry’s total hiring activity, IT jobs claimed a 15.03% share in August 2021, recording a decrease of 0.55% over the last three-month average share. 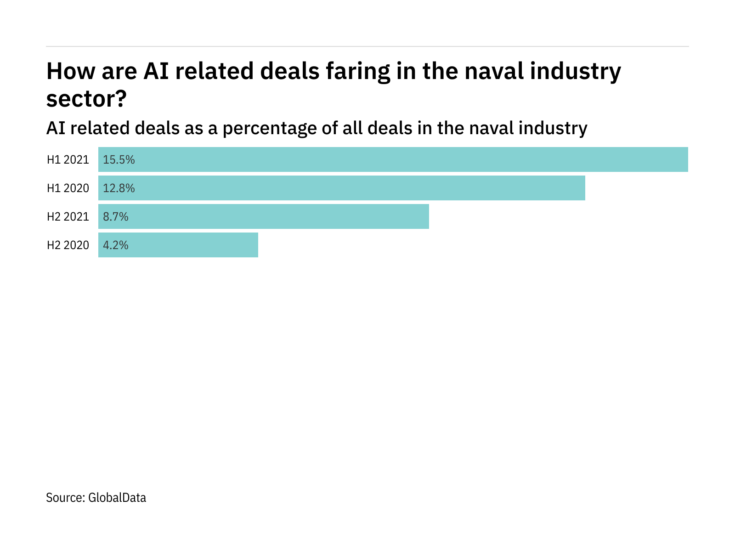 AI deals decreased in the naval industry in H2 2021 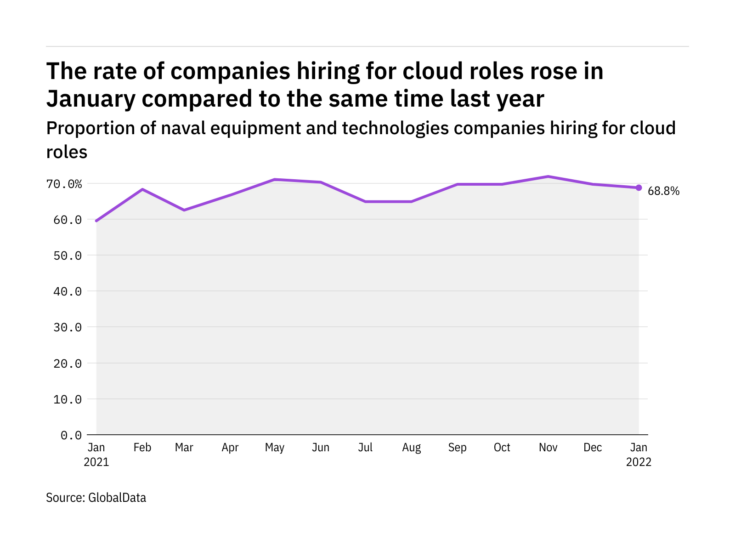 Cloud hiring levels in the naval industry rose in January 2022 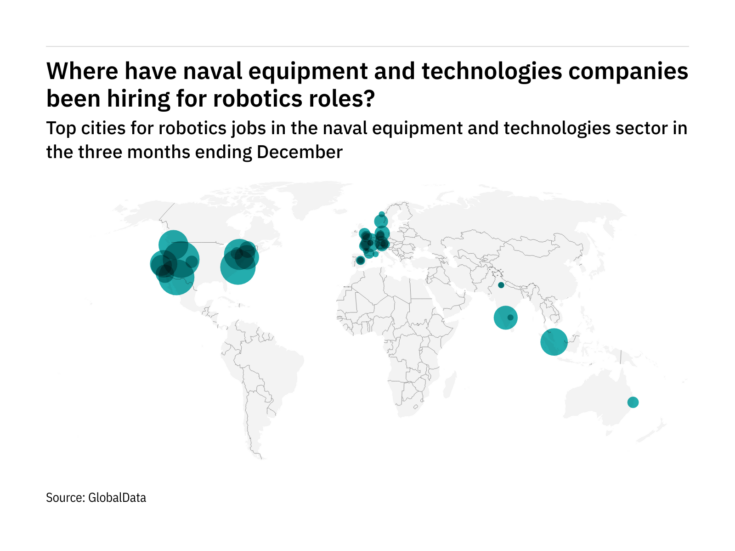 Out of the total job titles, the top five roles commanded a 99% share in the overall IT recruitment activity of Germany’s aerospace, defence & security industry in August 2021.

1) Software and Web Developers, Programmers, and Testers recorded a share of 55% in August 2021, registering a 60.71% decline over the previous month.

2) Computer and Information Research Scientists claimed a 16% share, a decrease of 51.52% over the previous month.

3) Database and Network Administrators and Architects held a share of 13%, registering a 68.29% decline from July 2021.

4) Miscellaneous Computer Occupations captured a share of 12%, up 71.43% over the previous month.

The top five companies, in terms of number of jobs as tracked by GlobalData, have accounted for a combined average decline of 52.38% share in the overall IT recruitment activity of Germany’s aerospace, defence & security industry during August 2021 over July 2021.