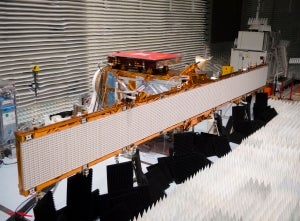 The SENER engineering and technology group has signed new contracts for the Phase C and Phase D of the Sentinel-1, Sentinel-2 and Sentinel-3 satellites.

With these contracts, SENER guarantees its presence in Copernicus, the European Earth observation programme led by the European Commission in collaboration with the European Space Agency (ESA).

Through this, SENER is going to supply new instruments and mechanisms for the six new probes, replying the ones already developed for the Phase A and Phase B of these same missions. Therefore, for Sentinel-1C and Sentinel-1D it is responsible for the deployment mechanisms for the four panels of the Synthetic Aperture Radar (SAR) antenna, which has nominally worked in orbit in Sentinel-1A after its launch in April 2014.

For Sentinel-2C and Sentinel-2D, SENER will again develop the Shutter and Calibration Mechanism (SCM) for the Multi-Spectral Instrument (MSI) that allows this innovative and high-resolution multi-spectral satellite camera (with 13 bands) to be properly calibrated.

A first mechanism with these characteristics is already operating in Sentinel-2A, launched in June 2015. Lastly, SENER will be engineering the selector mirror mechanism of a Flip Mirror Device (FMD) and its control electronics FMC (Flip Mirror Control) for the Sea and Land Surface Temperature Radiometer (SLSTR) of Sentinel-3C and Sentinel-3D. 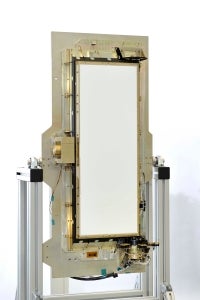 The first model of this mechanism was launched on 16 February on board Sentinel-3A, and will begin to work in a few weeks.

SENER’s participation in Copernicus also includes Sentinel-5, where the company is responsible for the optical bench of the UVNS SWIR sub-system (in ultraviolet and infrared ranges), which includes a high dimensional stability structure and the parts that screen and fix the optical elements.

These new contracts confirm SENER’s leadership position in electromechanical systems and mechanisms, a sector in which the company has provided key components since the 1970s. Missions such as Hubble, Ulysses, Eureca, Soho, Rosetta, Metop, Pleiades, Gaia, BepiColombo, Exomars and Solar Orbiter stand out in its portfolio.

With nearly 50 years of experience, SENER is an international reference in Space, where it provides engineering and production services in five areas of activity: electromechanical components and systems, navigation and attitude control systems (GNC / AOCS), optical systems, microgravity and life support systems, and astronomy.

To date, the company has supplied more than 270 devices and systems for satellites and space vehicles for NASA, the ESA, JAXA and Roscosmos, all without a single fault. 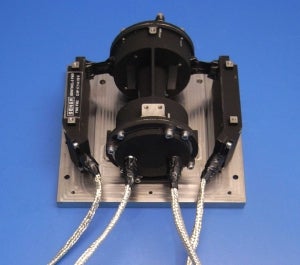