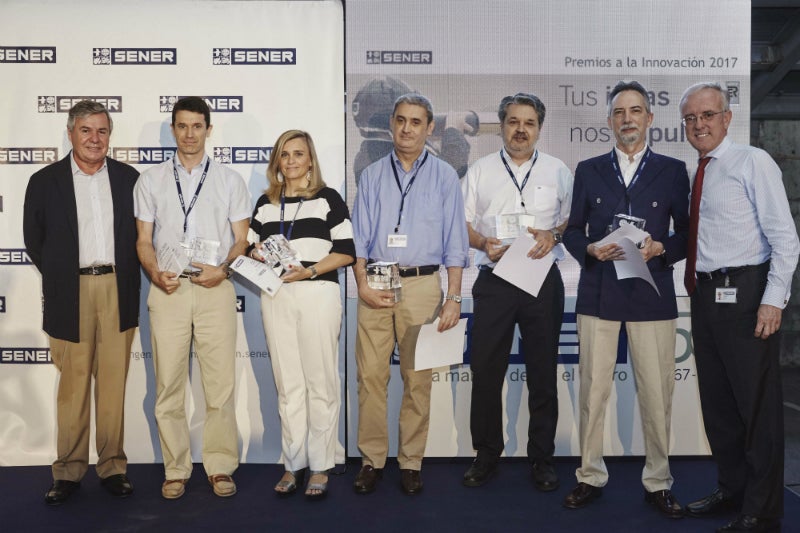 SENER’s engineering and technology group has been presented with the Innovation Award for its project on the Management of Ship and Submarine Series using the FORAN system. The project is within the Advanced Tools and Processes category.

The SENER Innovation Awards recognise products and processes with features or applications that represent major advances and improvements in technology.

Developed by the SENER Marine Business Unit, the winning project seeks to address the shipbuilding industry’s current needs for tools and processes to optimise the management of a series of ships.

SENER’s innovative solution represents a qualitative leap forward in the shipbuilding industry, especially in the naval area, as it allows the simultaneous construction of a series of ships and submarines using the FORAN system.

This new feature is incorporated into the FORAN marine CAD / CAM / CAE system, and was devised by SENER over 50 years ago. It permits projects to be identically replicated, allowing for labour and cost savings, as well as to be partially differentiated to meet the needs of specific projects. The ability to maintain the basic features of ships, while also allowing differences between them is of immense benefit to technical offices and shipbuilders.

The award was received by the team behind the project, including Emilio Bonelli, Patricia Martín, Roberto Penas, Rodrigo Pérez, Ángel Revuelta and Antonio Velasco. It was given to the team at SENER’s offices in Madrid, Spain, on July 13, during the Virgen del Carmen celebrations.