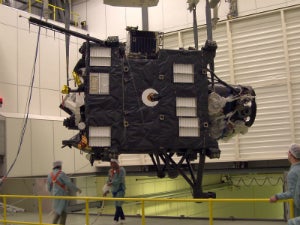 The engineering and technology group SENER ended 2014 with a turnover of 1,315.7 billion Euros; an increase of 8.02% over the previous year.

The Group’s operating result came to 73.3 million Euros, representing an increase of 54.7% compared to 2013, and the holding company’s profit reached 57.8 million Euros (an increase of 661%). The number of people working at SENER has remained almost constant at 5,541 (a decrease of 0.52%)

Generally speaking, SENER carried out its operations very effectively in 2014. These results can be broken down by Business Area within the SENER Group:

This year has started with a good outlook for business across all areas of the Group. In engineering and construction, there has been a sharp increase in the group’s orders over the first half of the year, ensuring significant growth over the course of 2015.

ITP, which celebrated its 25th anniversary in 2014, signed a new agreement in March 2015, which reinforces its alliance with Rolls-Royce and confirms its role in leading design and as the sole supplier of low-pressure turbine modules to equip engines of today and of the next generation.

To this end, ITP must invest just in excess of 75 million Euros in research and development over the next five years to develop the required technology.

In terms of energy and environment, once the refinancing of its outstanding debt is complete, future results of the investment portfolio should be positive.

SENER’s opportunities are growing stronger each day in a fully international environment. The firm is taking these opportunities from a strong commercial position, combined with a very healthy operating account and balance sheet.

All this, together with the exceptional work of the group’s highly qualified people, will allow SENER to continue to grow in line with its innovation, internationalisation and investment strategy.