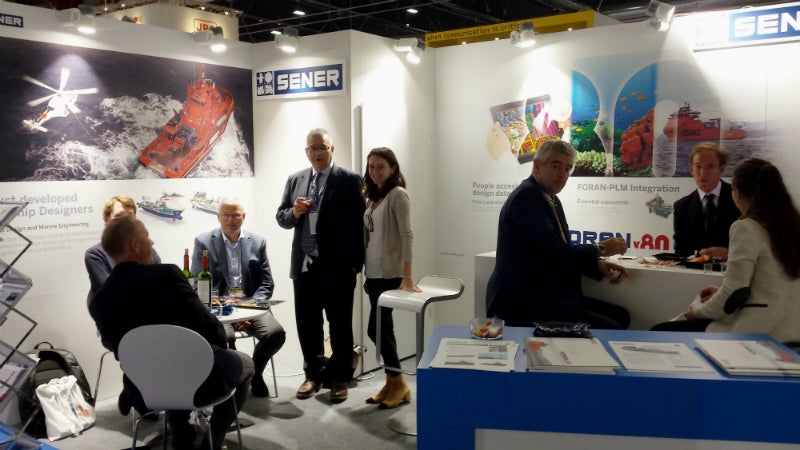 Leading naval company SENER has taken part in Nor-Shipping 2017, between 30 May and 2 June in Oslo, Norway.

The engineering and technology group had its own stand in the Spanish Pavilion where it presented its recently launched V80R2.0 version of the FORAN marine CAD/CAM/CAE system, along with the company’s latest ship designs.

FORAN has been widely used in Norway for some time, making this biennial event a useful opportunity to meet new companies interested in FORAN from Norway and other countries. The event has also allowed SENER to touch base with a lot of its clients and more particularly with users of this system.

FORAN V80R2.0 is an outstanding development within the new generation of CAD/CAM/CAE systems for the design and production of ships and offshore platforms. It is a highly respected solution for successfully rising to the huge challenge of cutting times and costs in the current complex global scenario.

FORAN has introduced improvements such as the possibility of managing a series of ships, new latest-generation virtual reality solutions, and the automatic management of ship welding.

The Spanish Pavilion at Nor-Shipping, organised by the Basque Maritime Forum, of which SENER is a member, is a good example of business cooperation in the marine industry.