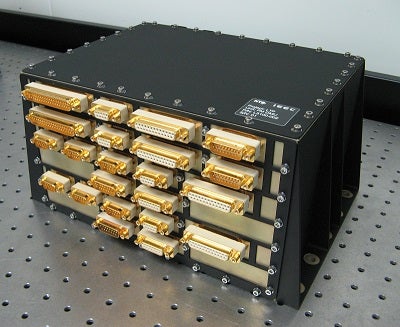 The SENER engineering and technology group is the Data & Diagnostics Subsystem (DDS), including the data management unit (DMU) of the European payload, for the LISA Pathfinder mission.

LISA (the acronym of Laser Interferometer Space Antenna) Pathfinder is a technology demonstration mission by the European Space Agency (ESA) in collaboration with NASA, whose launch was on 2 December 2015. Its objective is to lay the foundation for the future eLISA gravitational waves observatory, which will allow the ‘hearing’ of the sound of the Universe by detecting and observing these waves, meaning the ability to control free-falling bodies in space. LISA will thus be able to confirm part of Einstein’s Theory of General Relativity.

This first probe is a first step to test the key technology of ‘controlling free-fall’ through test dimensions. It is composed of two instruments: the LISA Technology Package (LTP), responsible for this control and developed by the ESA and the European scientific community, and the disturbance reduction system (DRS), which is the responsibility of Nasa. Both will be tested in turn and each one will monitor the work of the other, a flight feedback that will be essential for LISA’s subsequent design.

SENER is responsible for the design, development, production, integration and verification of the Data & Diagnostics Subsystem (DDS) of the LTP, in collaboration with the Institute of Space Sciences, a joint center of the Catalan Institute for Space Sciences (Institut D’Estudis Espacials de Catalunya, IEEC) and the Spanish National Research Council (Consejo Superior de Investigaciones Científicas, CSIC).

The DDS handles the stability control of the interferometer and the data acquisition of the scientific metrology, making it crucial in payload. SENER has also provided the DDS’ temperature sensors, the magnetometers, and the radiation monitor for this diagnosis.

The DDS is made up of the DMU and the associated software, as well as diagnostic equipment, including sensors and actuators.

The DMU is responsible for processing the metrology of the LTP and also assumes the functions of command and control. The DMU consists of the data processing unit (DPU), which is the on-board computer in charge of controlling the LTP operations; the power distribution unit (PDU), responsible for the generation and distribution of all secondary auxiliary voltages required for the operation of the subsystem of data and diagnostics of the LTP; and the data acquisition unit (DAU) that acquires all the environmental parameters of the LTP (temperature, magnetic fields, and radiation) with extreme precision.

SENER project manager Xavier Llamas said: "LISA Pathfinder is a very technically complex project that aims to achieve interferometry accurate to within picometres (one billionth of a metre). In this plays a key role the DMU, the on-board computer for the instrument capable of detecting the gravitational waves that will be the subject of study of the LISA observatory in the future."

SENER’s Space department engineer Joan Manel Casalta said: "The collaboration of the IEEC and SENER has led to a maximum performance DMU that can guarantee the success of the mission."

For some mechanisms, such as boom instruments or deployable booms, it is the main provider for the ESA.